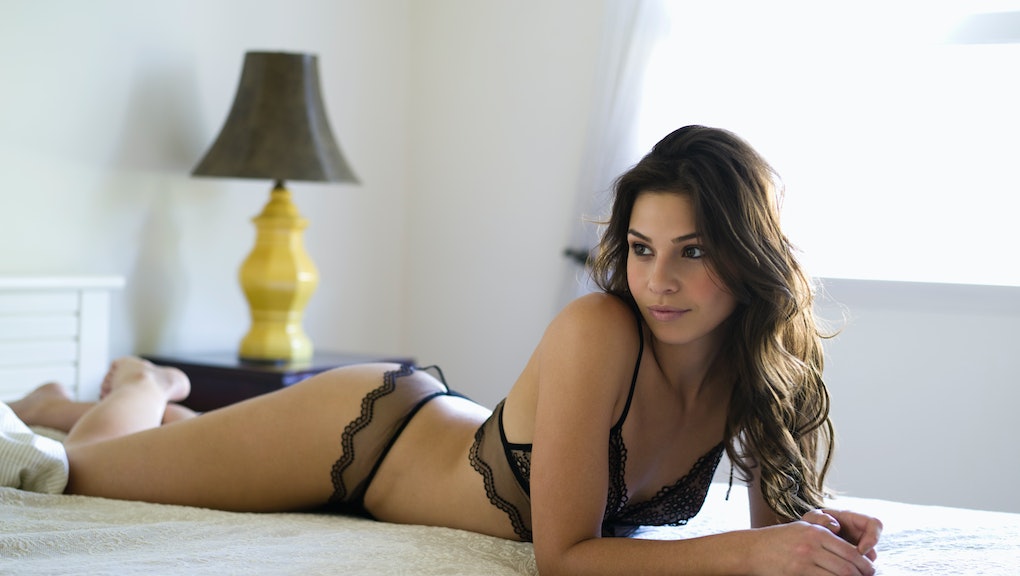 The two are starring in the VR film Empowering Ava, the story of an erotica writer (Mir-Ausziehen) whose partner (Hart) is intrigued by some of the sex acts she writes about. He wants to try them out and Eva is more than happy to oblige.

When she reclines for a moment of submission, viewers have the option to focus on her reaction to her own mounting pleasure, or to zoom out to ogle Hart's muscular rear end. Neither male nor female perspective dominates the visual experience.

That's why Rowntree made Empowering Ava, an immersive virtual reality experience that does not require a headset. Viewers without the headset can use headphones to experience the multidimensional sound and manually zoom in or change focus to explore the space.

"It's really important to give people the option to watch it on a desktop, iPad, phone or a headset," she said.

The multi-perspective toggles allow viewers to find the angles they find most appealing, whether that's focusing on the female performers' pleasure or zooming out to relish a view of the male actor's body.

Feminist filmmaker Erika Lust doesn't have her own synopsis or an exact methodology for her VR movie yet. However, she plans to start filming in October with a spherical Vuze camera, a pocket-sized circle with eight cameras embedded around the edges. Then Lust will use audience feedback to develop her technique.

"I didn't know how we could use VR for women," Rowntree recalled. "We try to show connection and chemistry. How are you going to do that with POV?"

So Rowntree and the crew marked up the film set like a theater, set up the multiple VR cameras for a 360-degree view and let the performers go. Some of the lines were rehearsed, while others were improvised. The sexy bedroom scene, the film's main sex scene, was completed in one take.

"It becomes very, very natural," she said. "We don't try to do money shots. Our focus is pleasure. We're looking or the natural flow...The feedback we've gotten has been very positive...[Viewers] really enjoyed the connection between Ava and Lance."

Female viewers also liked the freedom to control their perspective within the scene. The film received such positive feedback from Sssh.com subscribers that Rowntree already has plans for two more female-centric VR movies.

"Use the power of the new media," Lust said, as a message of encouragement for feminist adult filmmakers in the making. "Use the language of VR.... surprise the mind of the viewer."