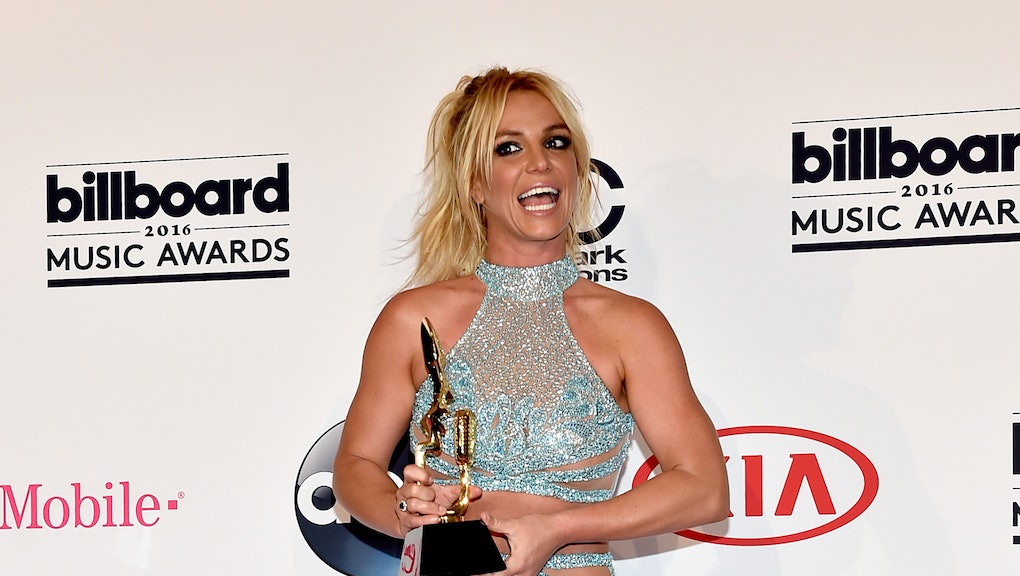 Britney Spears net worth, latest music and other recent news about pop star

For the first time in years, the rallying call "It's Britney, bitch" no longer feels like a throwback. Britney Spears is back in the spotlight with the release of her ninth studio album, Glory, and is set to perform Sunday at the MTV Video Music Awards for the first time in nearly a decade.

With all this newfound success for Spears, you better believe she's cashing in, too. According to the Gazette Review, Spears' net worth is sitting at $185 million, while Forbes reports she has earned $30.5 million in this year. It certainly hasn't hurt that her latest album is quintessential Spears after a less than impressive turn with her ninth album, Britney Jean.

"The album may not win her second Grammy Award (despite a Twitter campaign #Grammy4Glory), but Glory is the album Britney needed to rebuild her brand, more importantly, the album her loyal fans deserved," Mic's Evan Ross Katz wrote.

Unfortunately, not all of Spears' recent endeavors have been met with the same praise as her latest album. Appearing Thursday on The Late Late Show's highly popular segment, "Carpool Karaoke," she made the cardinal sin of allegedly lip syncing in James Corden's Range Rover.

Here's hoping Spears brings her A game Sunday to the VMAs. The Twitterverse is watching.