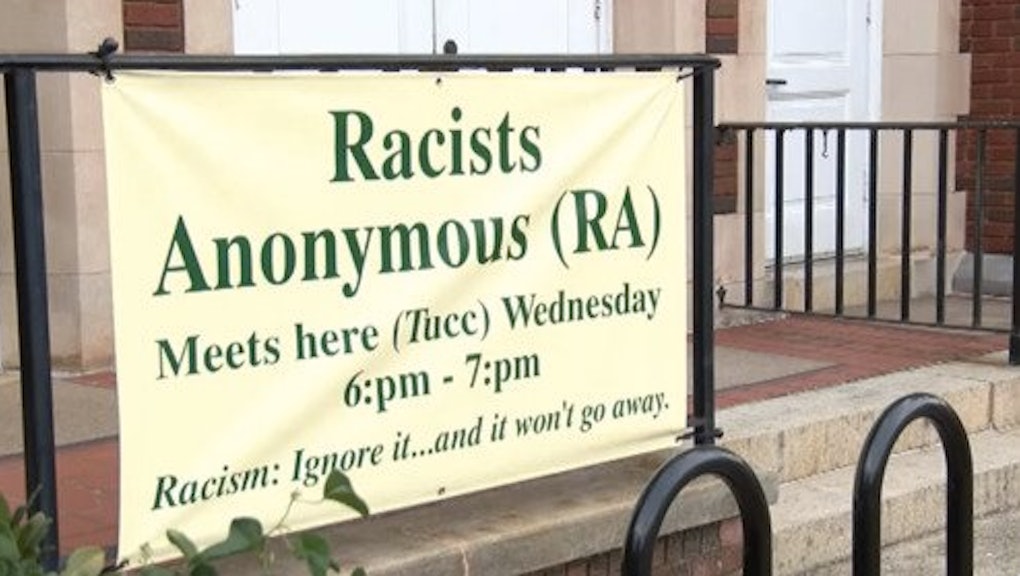 Eradicating racism in America might be a pipe dream for now, but one church in North Carolina is taking steps to change that — 12 steps, to be exact.

Trinity United Church of Christ in Concord has begun hosting weekly Racists Anonymous meetings for parishioners to offer support and clarity to each other in a time of roiling racial tensions in the United States.

Those tensions, Rev. Nathan King told WCNC TV, had spilled over into his church services, where he couldn't help but notice that the violence and unrest caused by racism seemed to be a constant problem plaguing his congregation.

"It seemed like every week we were coming into worship and we were doing another prayer because someone had been killed in the street," King said.

Unsurprisingly, plainly stating one's own inherently held racism in a room full of people isn't easy for everyone. Although the meetings are anonymous, even King himself admits that at first, talking about the subject was hard for him.

"It was difficult," he told WCNC TV. "From day to day, I find myself in that place of racism."

In a recent Facebook post, the group laid out a 12-step process around which it is organized, which closely resembles the process used by groups like Alcoholics Anonymous.

While King acknowledges that the road forward will be difficult, he remains optimistic that the group's existence might help the conversation about racism in America to become more mainstream.

"It may not be the first thing you want to talk about the table at the Thanksgiving dinner with your family, but those conversations are going to be more common going forward," he said.