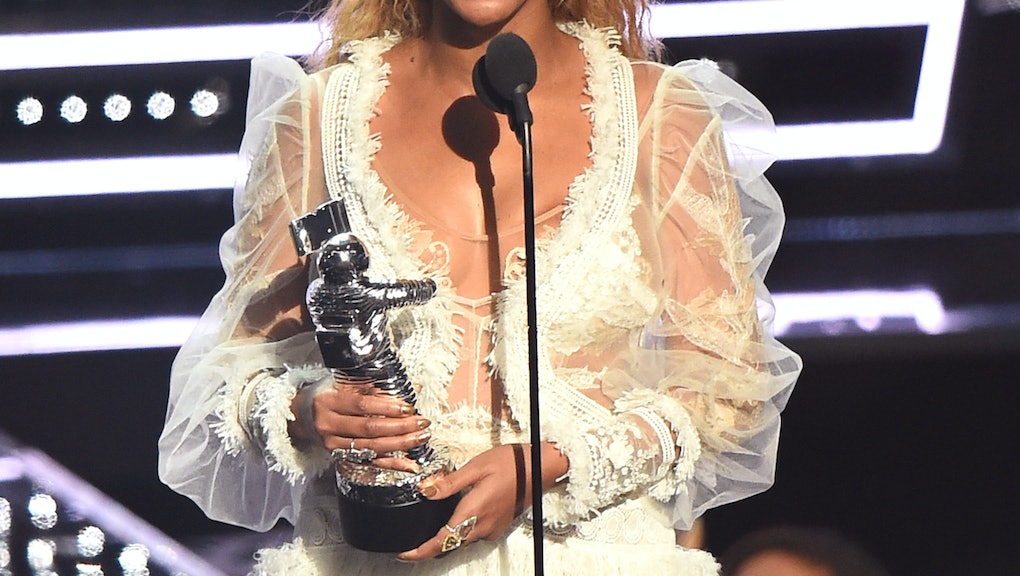 Beyoncé's 'Lemonade' just cleaned up at the 2016 MTV VMAs

As expected, the 2016 MTV Video Music Awards was the year of Beyoncè. She went in with 11 nominations for visual album Lemonade and came out with seven wins Sunday night, with one still undecided as of time publication — including video of the year and best female video.

With this haul, she becomes the most awarded artist in VMA history, overtaking Madonna's previous record. All hail the VMAs' new reigning queen.

"First of all, I'd like to thank my beautiful daughter and incredible husband for all of their support," she said, after winning video of the year. "I dedicate this award to the people of New Orleans."

Lemonade, initially dropped as a movie-event special on HBO in April, was hailed by critics for its poignant examination of race and female empowerment.

"With her sixth studio album, the Houston-bred hitmaker is incorporating a world of musical influences: contemporary reggae, soul, hip-hop, R&B and rap, to name a few," Mic's Chris Riotta wrote in April. "But Queen Bey isn't just calling on women to liberate themselves from toxic relationships and the Eurocentric beauty standards confining their self-love: She's demanding music labels to take heed of her diversified, inclusive pop stylings."

Beyoncè didn't just take home a plethora of awards, she stole the show by performing several Lemonade tracks to raucous applause following a stunning, angelic entrance to the VMAs earlier in the evening.