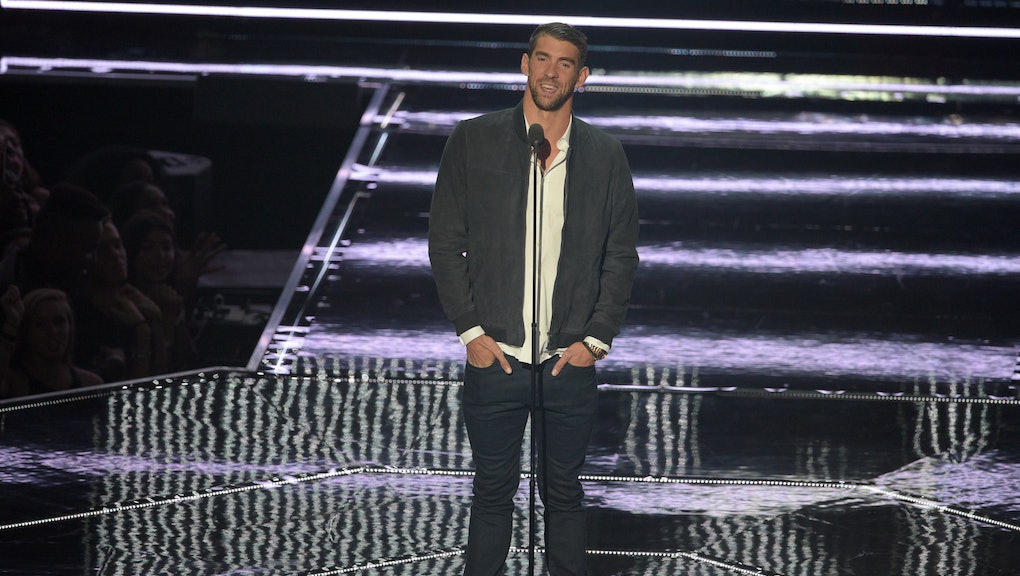 Michael Phelps was a gold star among stars at the 2016 MTV Video Music Awards, and revealed exactly what was going through his head during a brief moment from the summer Olympics in Rio that will forever live on in meme history.

The American swimming legend introduced Future for his performance of "Fuck Up Some Commas," telling fans it was the Atlanta rapper he was listening to when he was getting in the zone before an olympic swim race. "There is no rapper more inspiring than Future," Phelps said. The 31-year-old said it was Future's "Stick Talk" he was listening to when he made the angry pout that immediately went viral.

Twitter was lit on fire with the background story to easily one of the most memorable hilarious Olympics moment from 2016:

And just like that, Phelps' viral Olympics moment has now become a viral VMAs moment.