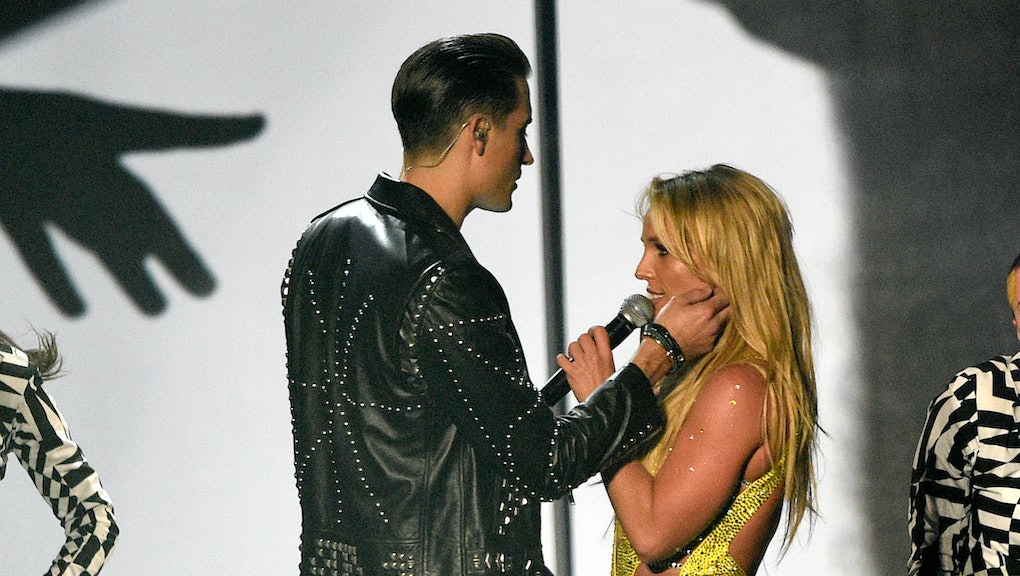 The theme of Sunday night's MTV Video Music Awards was not music. Nor was it videos. Nor was it awards. No! The theme of this year's VMAs was the art of "curving," which Urban Dictionary defines as "the act of rejecting an individual's advances or expressions of interest."

Rihanna gave us a delicious dose of curving when she stealthily avoided kissing Drake (something she has a bit of experience doing) during her Video Vanguard Award acceptance speech.

But another Curve Queen was in attendance last night: Britney, bitch.

As Britney Spears' performance of her new track "Make Me..." wrapped up, the song's featured rapper, G-Eazy, leaned in for a smooch, only to be brutally rebuffed when Britney grabbed his arm and shook her head and ... made a face. Savage.

One Twitter user noted that Spears is not a newbie to the field of curving. In case you forgot, she famously curved Lady Gaga at the VMAs way back in 2011.

Perhaps it was Spears, Our Lady of Curving, who taught Rihanna the secrets of the craft. They did collaborate five years ago, after all.