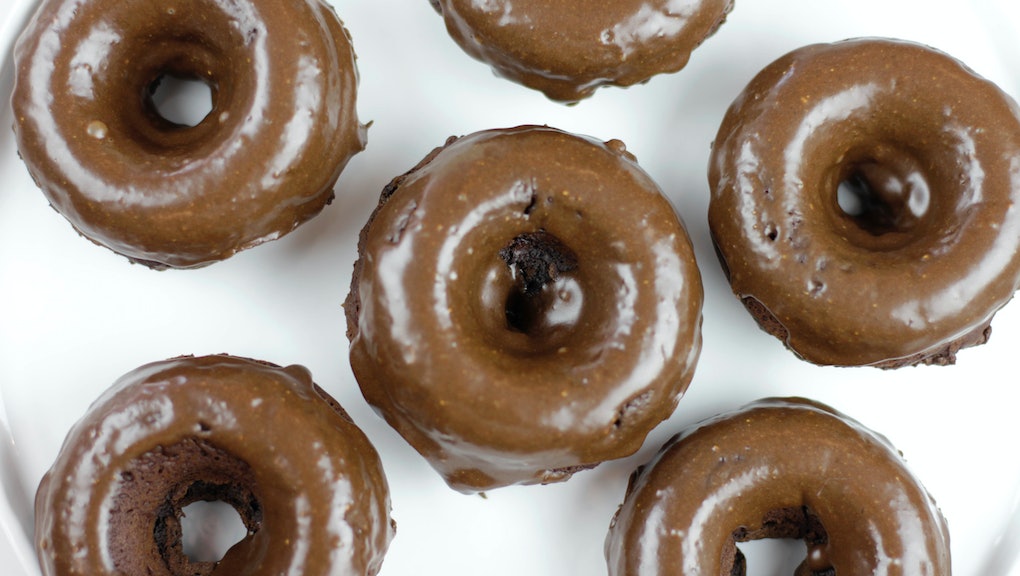 Is it better to eat a donut for breakfast, or nothing at all?

It's 8 a.m. on a Friday morning. You're running late. You've worked hard all week, spending extra hours at work, staying up late to make a healthy lunch for the next morning and suddenly, you're two minutes away from running out the door and realize your only breakfast option is the donut shop down the street or nothing at all. What should you do?

The conundrum, while tough for the average health-focused eater, is difficult for nutritionists as well.

Adrienne Youdim of the Center for Weight Loss and Nutrition at Beverly Hills' Lasky Clinic in California first laughed at the question.

Unfortunately, a lot of the discussion and scientific research to back up the breakfast debate is inconclusive. (After all, breakfast research is beyond sketchy.)

"Breakfast is important," Youdim said. "If you skip a meal you're more likely to eat more during the day ... but there really isn't any study or info to prove that and what we do have is conflicting."

While many believe that breakfast jump-starts your metabolism for the day, there's no hard-cutting science to date to prove this is a hard fact.

However, the data leans toward skipping the donut.

"Eating a donut is terrible — there is no better example of junk food," Youdim said. "It's high in calories, high fat, high sugar and devoid of nutrients." And when you aren't getting nutrients, you're getting even more cravings down the line. Eating a nutrient-void donut spikes your blood sugar, which will then result in a serious sugar crash and make you less productive for the day.

So skip the donut, and feast on a healthy lunch, but know that shouldn't be your M.O.

"I'm a huge believer in breakfast," Youdim said. "It sets the tone for the day."

If you want a nutrient-devoid type of day, go for the Boston cream. If not, toss it aside and have a banana and some almonds on hand for your next breakfast emergency.