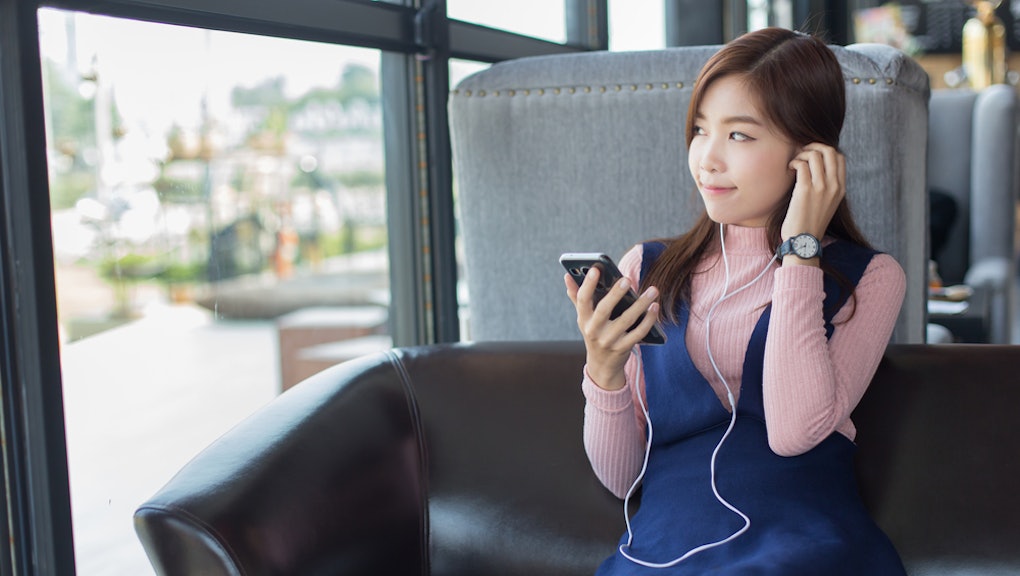 It's a truth universally acknowledged that male pick-up artists are terrible at understanding women.

This week, self-proclaimed relationship expert Dan Bacon published a (now-deleted) article filled with the world's worst advice for hitting on women. And, of course, the internet is furious.

Dan Bacon is the face of The Modern Man, a dating-advice enterprise selling everything from private consulting to DVDs and e-books. He often blogs about how to hoodwink ex-girlfriends with columns like "How to Make My Ex Feel Guilty for Leaving Me."

Recently, Bacon penned his latest misogynistic masterpiece, "How to Talk to a Woman Who Is Wearing Headphones," an advice column that doubles as a catalogue of basically everything men do to harass women in public.

Bacon's first suggestion is for men to stand in front of a woman wearing headphones, wave and tell her to take the headphones off. Then he recommends men deliver a winning line like, "I know it's not normal for people to talk to someone with headphones in, but I... thought, 'Wow, she's hot. I have to come over and say hi.'"

Next, Bacon suggests men avoid common mistakes like "not leading the conversation" and "giving up too easily." Amazingly, he writes that women will "ignore a guy's attempts to converse with her [to] see what he will do next," because they "like to test guys to see how confident they really are" — not because they actually just, ya know, really want to be left alone.

In an email to Mic, Bacon said he never intended to promote street harassment with his piece. (He seems to have since deleted it entirely, as the only available online version is cached.)

"My intention isn't to offend people. ...[My] intention and mission has always been to give guys the confidence and skills to succeed," Bacon said.

However, Bacon said he stands by his message, and he's actually successfully tried this approach alongside his clients.

"I approached a number of women with headphones in, walking their dog, ordering a coffee from a cafe, sitting alone in a shopping mall food court and so on," he said. "Women didn't ever complain."

Regardless, Twitter users have responded to his advice column with scorn and sarcasm.

While many people clearly think Bacon's advice is offensive, his column does beg the question — is it ever OK to approach a woman in a public space?

Mic previously asked a few dating coaches that very question. While dating coach Francesca Hogi said last month it's occasionally kosher for a man to approach a woman in public, provided it's done politely and respectfully, she disagreed with Bacon that men should continue to talk to women if they don't appear interested.

"What comes off as creepy is when a man tries to wear her down," Hogi said, urging men to remember that they "have no right to expect that she wants [their] advances.'"

In short, when it comes to the question of whether it's ever OK to approach a woman wearing headphones, the consensus appears to be: nope!

"Women have so many men talking to them on the street," Hogi said, adding it's "really hard to do that" in a respectful way.

For his part, Bacon admitted while he might not have used the "best choice of words" in his blog post, he still disagrees with those who take issue with his advice.

"I'm not asking feminists to agree with me or even read my blog. My blog is for men," he said. "I will always continue to help men to succeed with their dating and relationship lives. Even if it pisses off some people who have a different point of view."