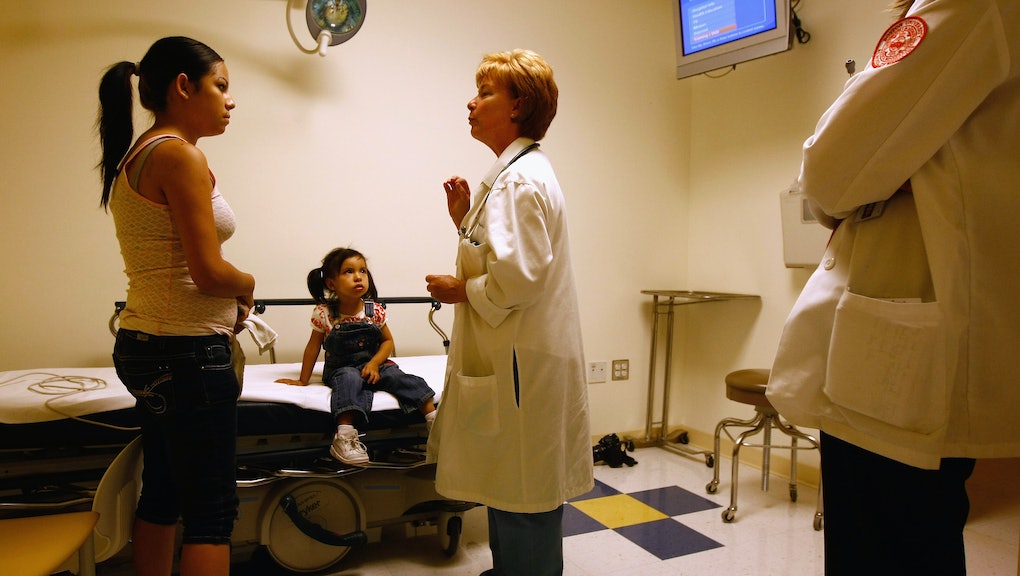 Thought the health insurance debate passed along with the Affordable Care Act? Hardly. Obamacare was only the beginning of a national push to change how we receive healthcare, and a November vote in Colorado has become ground zero for the battle over who will pay for Americans to see a doctor.

The "Medicare-for-all" platform touted by Bernie Sanders may be realized in Colorado through Amendment 69. The ballot measure would create public health insurance for all Coloradans by levying a 10% payroll tax on residents and businesses. "ColoradoCare" would replace most private health insurance, and residents  could not opt out of paying the tax to support the public insurance plan run outside of state government.

The subject is complex and full of special interest groups trying to make their case. First, let's understand "Medicare-for-all," "single-payer" and "ColoradoCare" before we explore the political groups pouring money into the state.

These terms were thrown around frequently during the healthcare debate in 2009 and 2010. A "single-payer" healthcare system would give the government sole responsibility for paying for the healthcare costs of all citizens. To cover these costs, taxes would increase but citizens would no longer have to pay health insurance premiums or healthcare related costs. Single-payer and universal healthcare discussions were ultimately sidelined by President Barack Obama in order to move his reforms through Congress.

Sanders dubbed the single-payer system "Medicare-for-all" on the campaign trail. Hillary Clinton has not gone as far as Sanders, though she says she will make a "public option," government-run health insurance for everyone, not just poor and elderly Americans, "possible."

Sanders said his plan would cost $1.38 trillion annually. That's about $5,600 per adult American. But the Vermont senator did not propose spreading the cost evenly — he proposed tax increases on the highest income earners to cover most of the costs of Medicare-for-all.

Colorado's plan would be revolutionary, but it has been tried before. Vermont tried to pursue a single-payer plan after the Affordable Care Act did not provide a public health insurance option. But the plan fell apart when the state's governor said Vermont could not afford it, though other single-payer proponents said they never supported the state's proposal.

As presidential candidates debated healthcare on the national stage, proponents of single-payer healthcare in Colorado pushed their proposal onto the ballot. Their idea looks very similar to what Sanders and others liberals have long advocated for.

Colorado residents would not have medical deductibles or co-pays. All medical expenses would be covered. And the group backing ColoradoCare claims 80% of residents would pay less for health insurance.

But opponents vehemently disagree. They say an estimate that the plan will cost $25 billion may be too low. That projection comes from a nonpartisan state government economist. Proponents of the plan say it will generate more than $30 billion in annual revenue — more than large corporations like McDonald's — by taxing incomes of Colorado residents.

The 10%  tax would be split between businesses (6.77%) and employees (3.33 percent). Self-employed Coloradans would pay 10%. But opponents tell voters a tax increase that would double the state budget is one they cannot afford.

Estimates project 4.4 million Coloradans — 83% of the state's population — would be covered by ColoradoCare. The remaining residents would receive health insurance from the federal government through programs like Medicare and the Veterans Administration.

But how the insurance for this majority of the state's population would be managed is another point of contention. Amendment 69 proposes creation of a 21-member panel to manage ColoradoCare outside of state oversight. That board would be chosen by people who receive this public health coverage. Opponents of the plan say this model offers too little accountability.

With supporters and detractors of Colorado's single payer healthcare proposal spending heavily to convince voters, it can be difficult to tell which side is right. But what is motivating these groups could be instructive.

Americans for Prosperity's Colorado chapter has backed an effort to block Amendment 69. The David and Charles Koch-backed group bankrolls opposition to progressive causes across the country.

Coloradans for Coloradans, another group opposing single-payer healthcare, is largely backed by out-of-state health insurance companies, which stand to lose millions of customers if voters support ColoradoCare. The Council of Insurance Agents and Brokers says the proposal would "nearly wipe out Colorado's market for group health plans we we know it."

The main group backing ColoradoCare recently received support from Sanders new group Our Revolution. The state proponent group said in May that 94% of its donations had come from within Colorado.