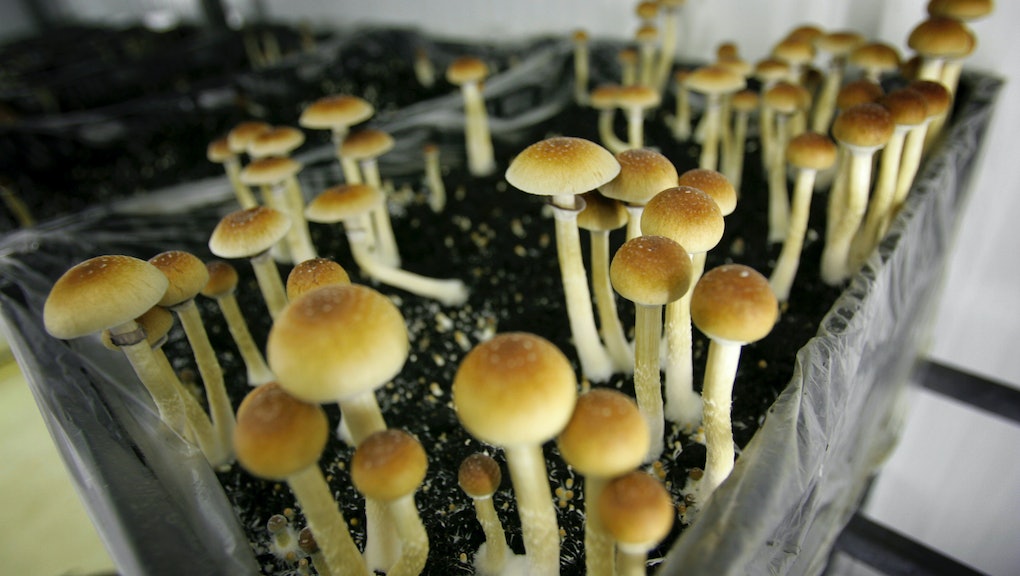 It turns out that that a "bad trip" on hallucinogenic mushrooms — even if it's scary at the time — could actually have long-term positive effects on drug users, according to a study published Tuesday in the Journal of Psychopharmacology.

Researchers at Johns Hopkins asked 1,993 people who had taken hallucinogenic mushrooms about their worst experience with the drug — and found something surprising. While 39% of the participants rated their bad trip among the top five "most challenging experiences" of their lives, a whopping 84% of them said that they benefitted from their bad trip.

According to PsyPost, 34% of study participants "said the bad trip was among the top five most personally meaningful experiences of their life," and 76% said that the bad trip had "resulted in an improved sense of personal well-being or life satisfaction." Almost half said they would go through the bad trip again.

A 2011 study, led by the same researcher, found that giving participants a specific dose of psilocybin, the drug in hallucinogenic mushrooms, in a controlled environment led to long-term positive benefits. Fourteen months after that study, "94% of those who received the drug said the experiment was one of the top five most meaningful experiences of their lives," Time reported.

This new study published Tuesday may indicate that even bad trips could have positive long-term outcomes.

So should we all run out and stuff our faces with hallucinogenic mushrooms? Not exactly. While the majority of the participants in this latest study reported benefits from their bad trip later on, 2.6% said they acted in a "physically aggressive or violent manner" during the experience, and 2.7% sought medical help while they were tripping.

And according to PsyPost, the study's researchers warned that, because they recruited participants through "online forums" (read: websites for people who probably like drugs), results from the study may have been slanted toward the positive.

While this may not completely change the game when it comes to hallucinogenic mushrooms — which are still illegal in the U.S., by the way — this research could inch us a little closer toward understanding how 'shrooms affect the brain.