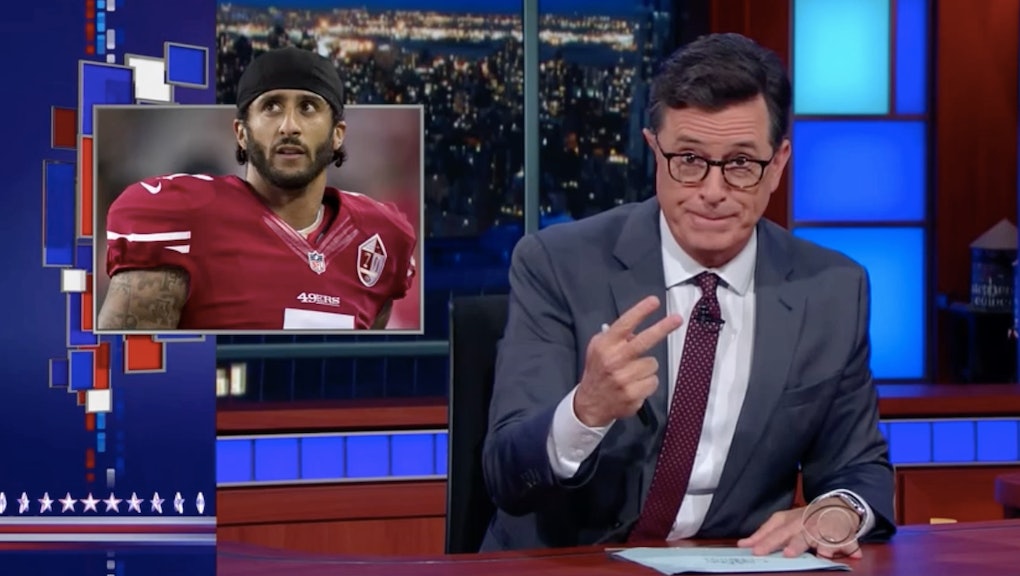 Colin Kaepernick's choice to protest inequality in the U.S. by sitting out the pre-game playing of the national anthem hasn't gone unnoticed by late night hosts. On Wednesday's episode of The Late Show, Stephen Colbert had a typically fiery take on the controversy surrounding Kaepernick.

But then, Colbert launched into the actual history of the "Star-Spangled Banner" at sporting events and pointed out something interesting: The national anthem wasn't actually a tradition until the Cubs played it during the seventh-inning-stretch at a game in 1918.

"The story proves that playing the national anthem at games is the most American thing of all — marketing," Colbert said.

So if the national anthem is only a tradition at sporting events because it put more people in the seats, then maybe it isn't all that offensive that Kaepernick is sitting it out, Colbert explained.

Watch the whole clip below: