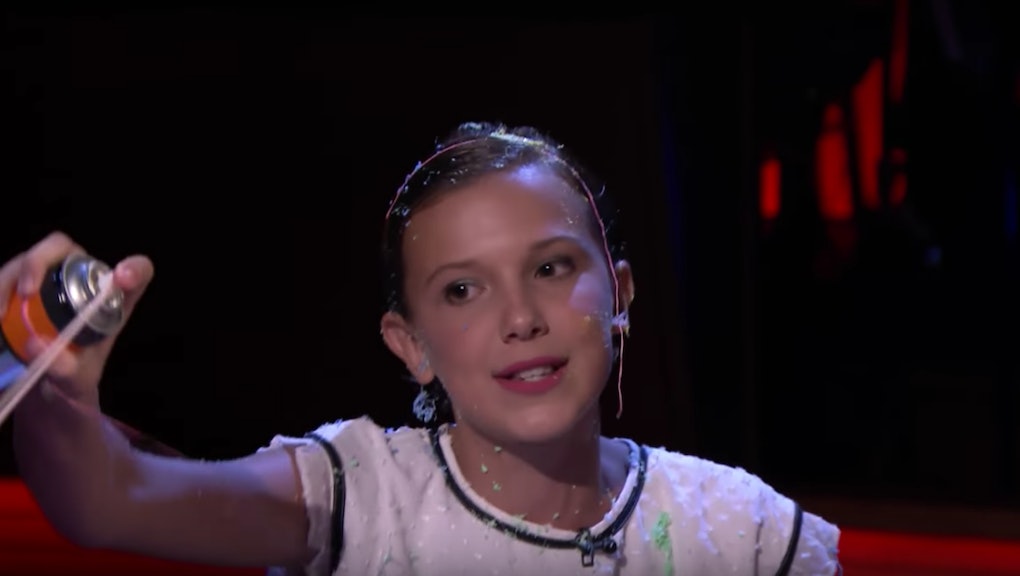 The adorable kids of Netflix's Stranger Things took over The Tonight Show on Wednesday. They ran through skits, one including a vengeful interruption from Barb, and played a game of "Stranger Strings" with host Jimmy Fallon. The premise of the game: One person will read an unknown fact, and the rest have to guess who said it by spraying them with silly string.

After a few rounds of the kids just spraying Fallon for the fun of it, Millie Bobby Brown (aka the telepathic, Eggo-loving Eleven) revealed she could spit Nicki Minaj's verse from Kanye West's "Monster" start to finish. On cue — with silly string in hand — Brown performed the verse flawlessly.

The game also included one of the coldest late-night disses in recent memory, after Fallon chides Finn Wolfhard (Mike) for incorrectly reading a prompt.

"Can you read?" Fallon says.

Wolfhard cooly replies, "Can you host?" — sending Fallon's dignity into the Upside Down.

You can check out the full "Stranger Strings" game below: