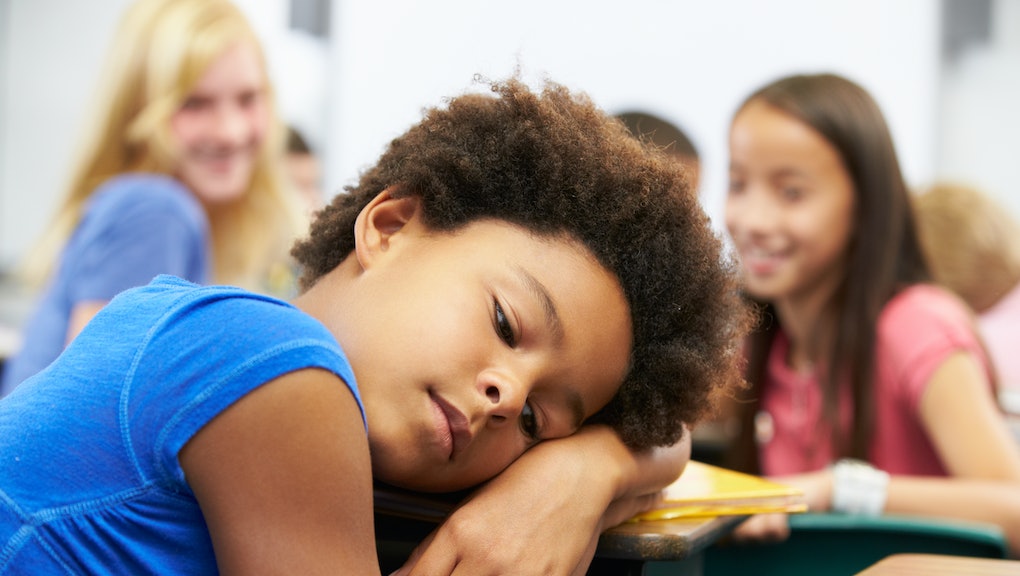 The effects of childhood bullying are even more chilling than we thought, says new study

Psychologists have known for years that bullying from a young age can manifest itself in adulthood, causing individuals to turn to drug abuse, depression and suicidal behavior. But new research suggests chilling new findings. Being bullied as a kid has the same lasting psychological effects as severe physical or sexual abuse.

The study published in the journal Social Psychology of Education surveyed 480 college students on their exposure to traumatic events as children. Bullying and cyberbullying were both factors, but Espelage also included questions about any exposure to robbery, sexual assault and domestic and community violence before the age of 18.

Espelage reported that, of the surveyed students, those who were bullied as kids had more mental health issues than their peers. Bullying was a stronger predictor of PTSD symptoms than abuse by adults or exposure to neighborhood violence, according to the study.

Women, who accounted for 65% of the study group, were at higher risk of struggling with emotional damage from bullying, according to the study. Compared to their male peers, women experienced much worse degrees of depression, anxiety and post-traumatic stress — a condition that affects nearly 8% of Americans during their lifetime.

Espelage and her team said that, in order to help college students who've dealt with bullying as a kid, campus counselors should be trained on bullying's long-term effects — and add different kinds of abuse to their sexual assault program curriculum.

"Practitioners, in collaboration with school officials, need to make all efforts to develop and implement programs that increase traumatized students' sense of empowerment and control as they navigate through college," Espelage said. "This would be possible in a campus climate that fosters supportive ties among students, and between students and the campus community."