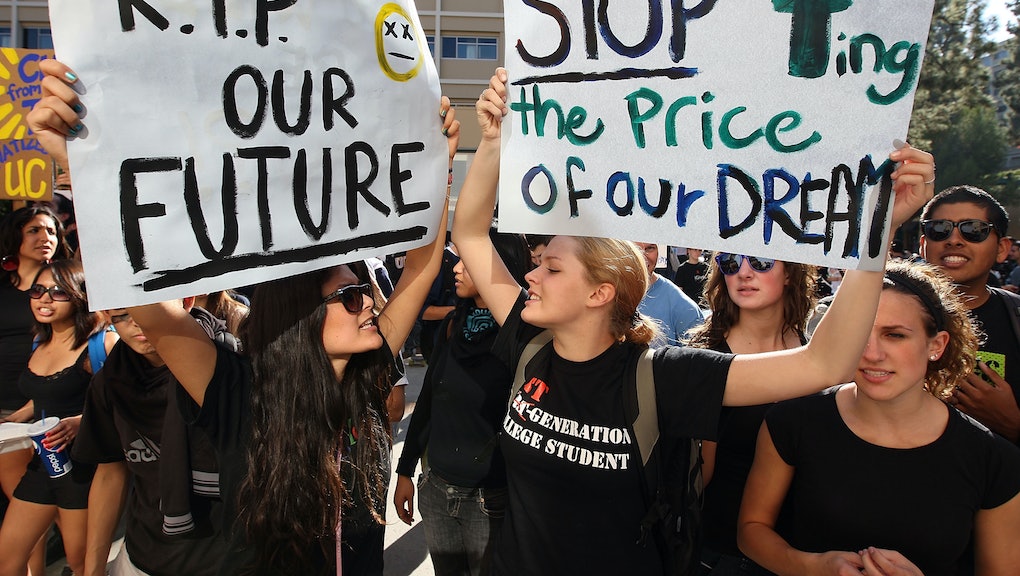 Student debt is a mounting problem confronting the country.

A recent Bloomberg analysis of U.S. Department of Education statistics shows that federally backed student loans are in dire strait, with about 40% late on payments, in default or otherwise.

"More than 42 percent of loan balances are either delinquent, temporarily postponed, in default or in bankruptcy, or borrowers are seeking to shed the debt by convincing the feds that their disability prevents them from ever repaying what they owe," the analysis noted.

Both presidential candidates have pledged to tackle the nation's student debt. So what exactly do Donald Trump and Hillary Clinton plan to do to help fix the problem?

Trump's campaign website doesn't specifically mention any measures to provide student loan debt relief, but he has mentioned it in vague terms on the campaign trail.

"We're going to work with all of our students who are drowning in debt to take the pressure off these people just starting out in their adult lives," Trump said during his convention speech in July. "Tremendous problem.

Prior to that, during an MSNBC town hall in March, an audience member asked Trump "what your plan is for addressing rising college tuition costs and student loan debt. Would you support something as aggressive as, say, student loan forgiveness?"

Trump:  I get this question more than any other question when I'm with young college students.  And they are absolutely up to their neck in debt and they can't get jobs when they graduate, even if they're good students in many cases, and they don't know what to do.  They're really stuck and we're going to work on a plan where it's going to be extensions, where it's going to be very low interest.  We're going to work on it because something has to be done.Chris, I get that question...Chris Matthews: I know.Trump:  ... more than any other question is what are we going to do about student debt. It's an enormous problem in this country. And the biggest part of the problem is they graduate from college, good colleges, and they can't get jobs. So we're going to work on it.

Trump hasn't offered specific details, but clearly sees it as a problem. Clinton, on the other hand, has laid out her plan to "make debt-free college available to everyone and take on student loan debt."

Clinton says she will require all community colleges to offer free tuition, and she wants to create a $25 billion fund that "will support historically black colleges and universities, Hispanic-serving institutions and other minority-serving institutions." Clinton also proposes some financial relief for parents who are attending college.