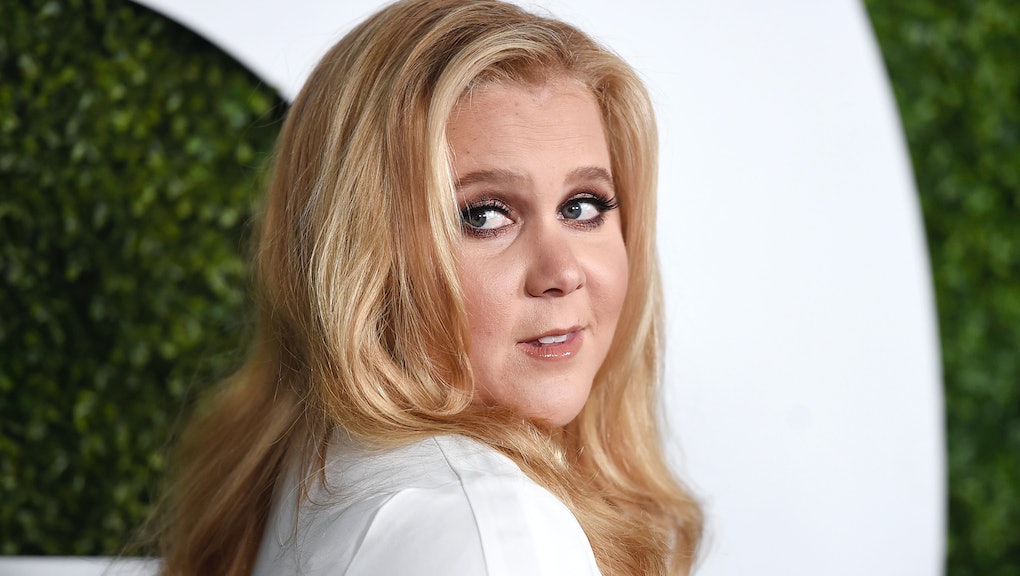 Over the weekend, people on Twitter took Lena Dunham to task for projecting her insecurities on football star Odell Beckham Jr., who she accused of ignoring her at the Met Gala because he couldn't see her as a sexual object. In response, one Twitter user included Amy Schumer in his criticism of Dunham and other women who may be quick to pin misogyny on men of color sooner than they would white men.

"Lena Dunham, Amy Schumer, et. al refuse to see that misogyny among men of color, while hideously prevalent, is no more so than among white men," wrote Paulo L dos Santo on Friday.

In a now-deleted tweet, Schumer responded, "How would you know? Statistically who is hollerin' at you in the street more, pa?"

With only one retweet and two likes, Schumer had likely realized the implications of her tweet — that men of color are more likely to catcall, harass women and are altogether more misogynistic than white men — pretty quickly, and deleted it.

Feminist organization Hollaback! drew criticism in 2014 for a video about street harassment that only showed exclusively black and Latino men as catcallers. According to the Cut, a spokesperson insisted, "A lot of what [white men] said was in passing" or was drowned out by sirens.

In the past, Schumer has also been known for having a "blind spot" when it comes to race. According to Flavorwire, she once said in a standup routine, "I used to sleep with mostly Hispanic guys — but now I prefer consensual!" In her segment in the 2013 special Women Who Kill, Schumer joked that she "gets" the film Jungle Fever, adding, "I love black and white movies!"

After receiving flack for her comments about Hispanic men, Schumer said at the time, "I am taking responsibility and hope I haven't hurt anyone. And I apologize if I did," saying she was "evolving as an artist."

But if Schumer's recently deleted tweet is any indication, many would say the comedian has a long way to go.