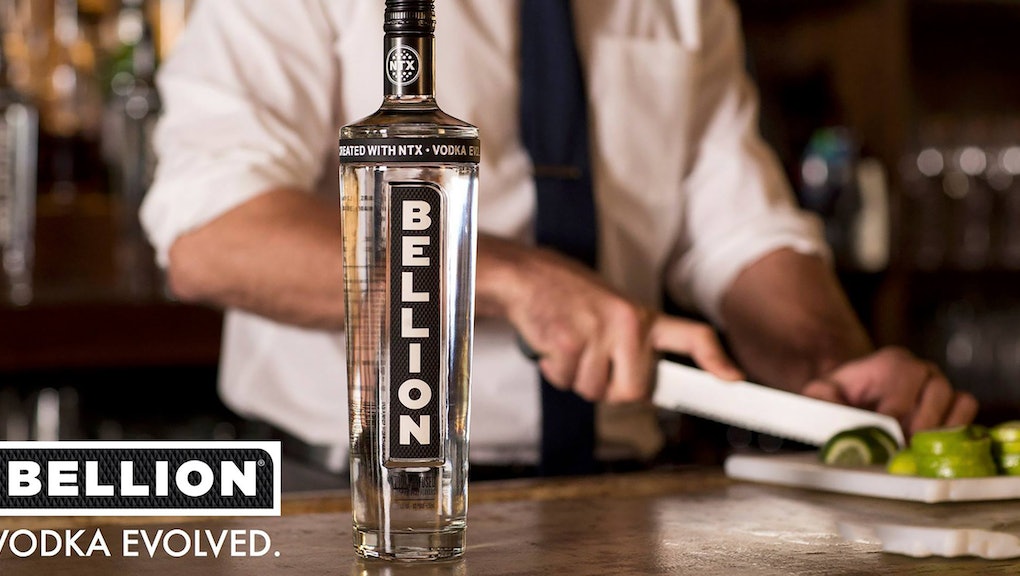 In today's things-that-sound-too-good-to-be-true news: A new brand of vodka claims to be easier on your liver, according to the Las Vegas Review-Journal. Called Bellion Vodka, the drink might just be the booze you never knew you needed.

How exactly does the vodka reduce the load on your liver? It's all thanks to NTX technology, FWx reported. The technology involves a blend of glycyrrhizin (a natural sweetener found in licorice), mannitol (a sugar alcohol that's also a diuretic) and potassium sorbate (a preservative), which are three ingredients that are often found in candy and other food products, the Las Vegas Review-Journal wrote.

Harsha Chigurupati and his team at India-based company Chigurupati Technologies spent 10 years developing and testing the NTX technology — which involved tweaking the proportions of each ingredient so when NTX is mixed with alcohol, it results in the protection of the liver, the Las Vegas Review-Journal revealed. Bellion Vodka is mum about how exactly the technology works, claiming on its website it can't reveal specifics due to restrictions by the federal government.

"[The NTX technology] significantly reduces the damage that alcohol can cause to your DNA and your liver," Chigurupati told the paper. How significantly? During human trials, the technology reduced the negative effects of alcohol on the liver and DNA by 93%, FWx wrote.

The innovation is important because, while you may enjoy drinking, your liver does not. The human body doesn't have any way to store alcohol, so it must metabolize it quickly, according to the Cleveland Clinic. Because of this, the liver must work overtime to detoxify the body and remove alcohol from the bloodstream, which prevents it from processing anything else (like carbohydrates or fats). If alcohol is consumed frequently enough, it can lead to a condition called fatty liver, which is an early stage alcoholic liver disease, and eventually cirrhosis, the Cleveland Clinic said.

The vodka is currently only available in 15 states, the Las Vegas Review-Journal said, including Nevada, Georgia and Texas. The company noted on its website, however, that it hopes in be in all 50 states soon. So cheers to you and your liver!