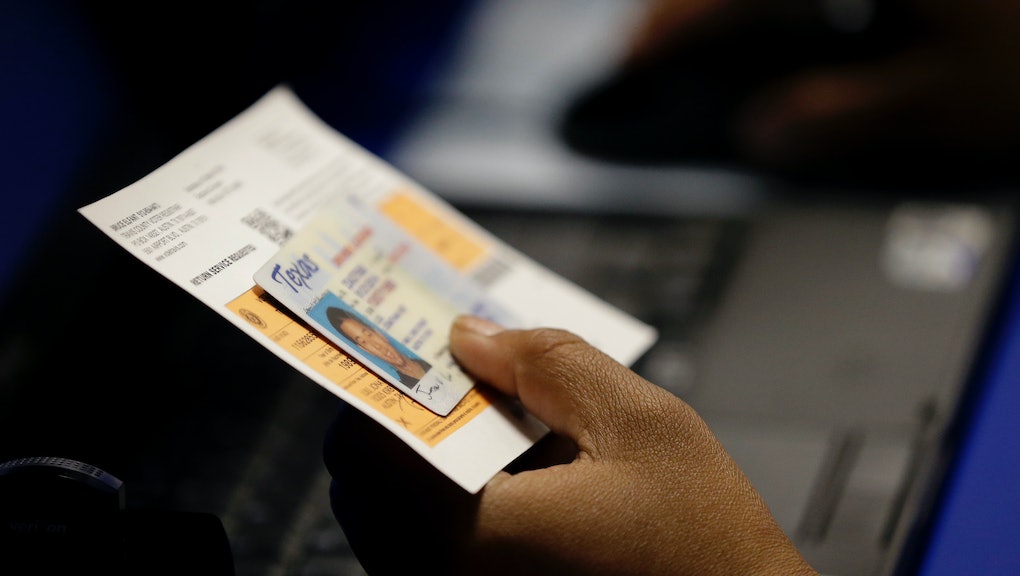 Until recently, Texas had some of the strictest barriers to voting in the U.S.

Conservatives passed restrictions in 2011 that required certain kinds of government-issued photo identification to vote in Texas. But Democrats argued the law made voting difficult for Texans who cannot get a passport of driver's license.

In July, a federal court said requiring government-issued photo ID discriminated against minorities. The state weakened the law under court order to allow voting without one of seven forms of ID the law recognized. Texans can now vote with documents like a paycheck or utility bill — as long as they give a reason for why they could not get photo ID.

Texas legislators are not alone in increasing barriers to voting. North Carolina's similar voter ID law was recently struck down after a court said Republicans aimed to decrease the influence of African-American voters. This year's Republican platform called for stricter voter ID laws across the country.

Research has repeatedly shown voter fraud is nearly nonexistent nationwide. Most studies found no more than a few dozen instances of voter fraud out of more than one billion votes cast over twelve years.

Here's what you need to vote in Texas:

One of seven government-issued photo IDs:

If you do not have one of these forms of ID, the July federal court decision allows you to present one of the following in order to vote:

Voters who present one of these latter forms of ID must sign an affidavit that says they are who they say they are.