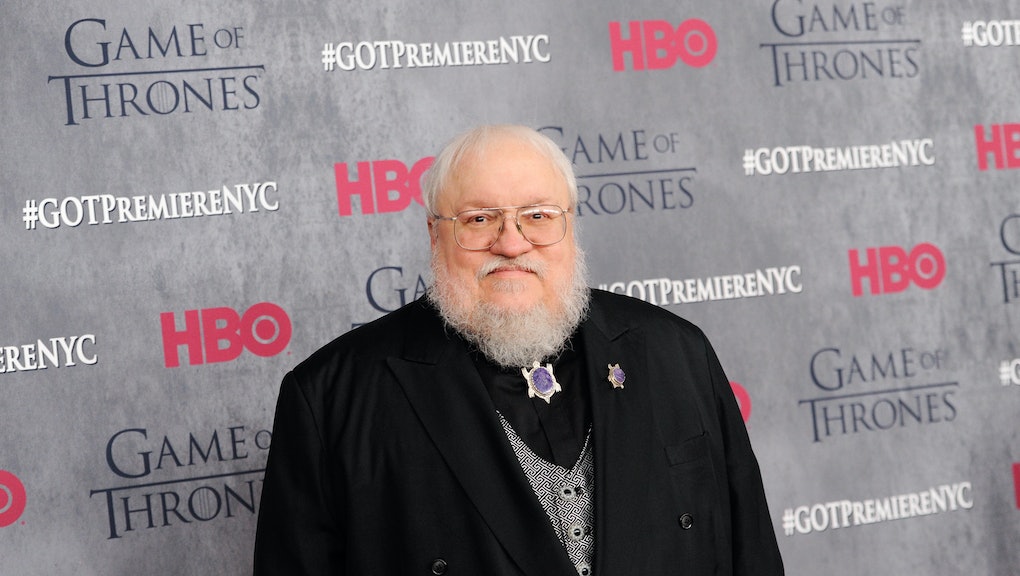 As if it wasn't clear that HBO's Game of Thrones has entirely surpassed its source material, the show's season six finale put a nail in any fan's hopes that they would be able to read the finale before watching. The final episode held the same title as George R.R. Martin's perpetually forthcoming book: The Winds of Winter.

Since that airdate, fans have continued to clamor for Martin's latest novel, which has seen countless delays going back to his self-imposed 2015 deadline. Now, we have a fresh rumored date to stir the seemingly endless pot: March 2017.

The latest rumor comes from an apparent leak on Amazon France, which has a listing (still active, as of this writing) for The Winds of Winter book, pinned with a March release date. If true, it would have Martin's penultimate book in the series dropping ahead of Game of Thrones' seventh season, scheduled to come out in summer 2017.

Of course, the leak should be taken with the heaviest grain of salt, given the anguish Martin's fans have felt watching past deadlines for the sixth book come and go. After all, it's not the first time Amazon has teased readers with The Winds of Winter: Last year, Amazon Spain reportedly put up a release date for the book, which didn't come to fruition.

Mic reached out to Martin's publisher U.S. publisher, Penguin Random House, and they confirmed the March 2017 release date is wrong. "As his publisher, we support George RR Martin as he works hard to finish The Winds of Winter," Susan Corcoran, senior vice president and director of publicity at Ballantine Bantam Dell wrote in an email. "Any on-sale dates currently listed online for the novel are incorrect. Once we have a publication date for The Winds of Winter, the world will know."

One of the first places readers will want to look for confirmation should be Martin's blog — ironically called Not A Blog. Martin frequently posts updates about his work along with other musings, including chapters for The Winds of Winter to hold fans over. As he wrote in August while celebrating Game of Thrones' 20th anniversary, it's not ready yet.