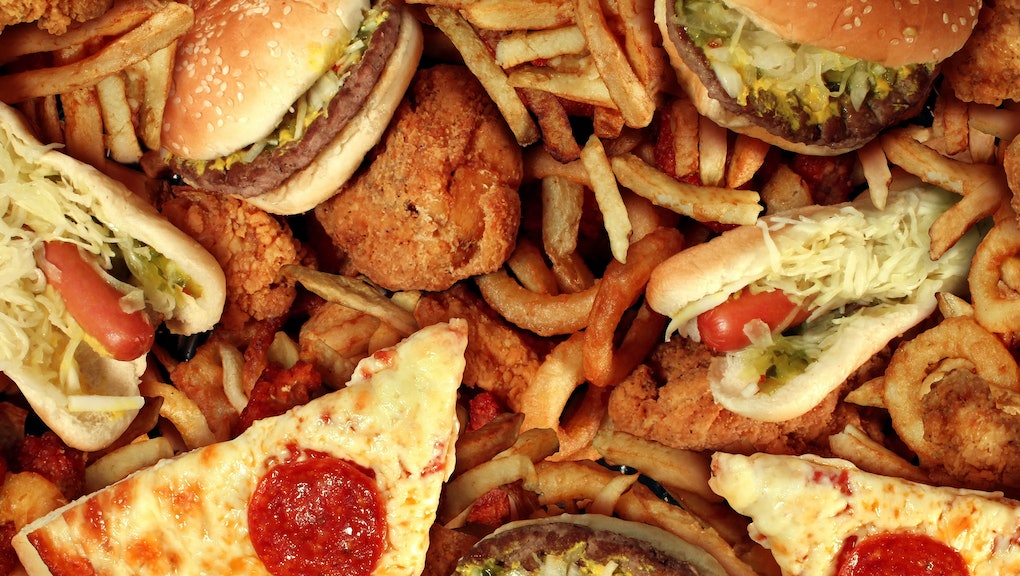 Unlimited dining hall food and nightly shots of tequila — all fun and games until you can't button your pants, right?

That's the fear-mongering message behind the "Freshman 15," the idea that incoming college freshman will gain up to 15 pounds when they start school. And each year, college students bemoan their weighty fate.

Spoiler alert: Research says the Freshman 15 is a myth.

A study published in Social Science Quarterly in 2011 revealed that freshman women and men gained an average of 2.4 and 3.5 pounds their first year, respectively, Reuters reported. Somewhat shockingly, the study found that 25% of first-year students lost weight.

Also surprising: Heavy drinking didn't have a large effect on weight gain — students who were heavy drinkers reported a weight gain of just one pound more than their peers.

The study's lead author Jay Zagorsky, economics professor at Boston University, said in an email that he has not conducted any follow-up research since 2011.

"The freshman fifteen used to be called the freshman five pounds and then the freshman ten," Zagorsky said in an email. "The increase in labels over time suggests to me that the perception of weight gain has increased over time."

Why do we overhype collegiate weight gain? It's good for business. "Health clubs, diet programs and fitness gurus all make more money if people are constantly focused on their weight," Zagorsky said.

Regardless, college students should go easy on the unlimited Fro-Yo machine. Getting older is associated with weight gain, Zagorsky told Reuters, so odds are good that college-age men and women will gain a pound or two (or five) whether they're actively pursuing higher education or not.