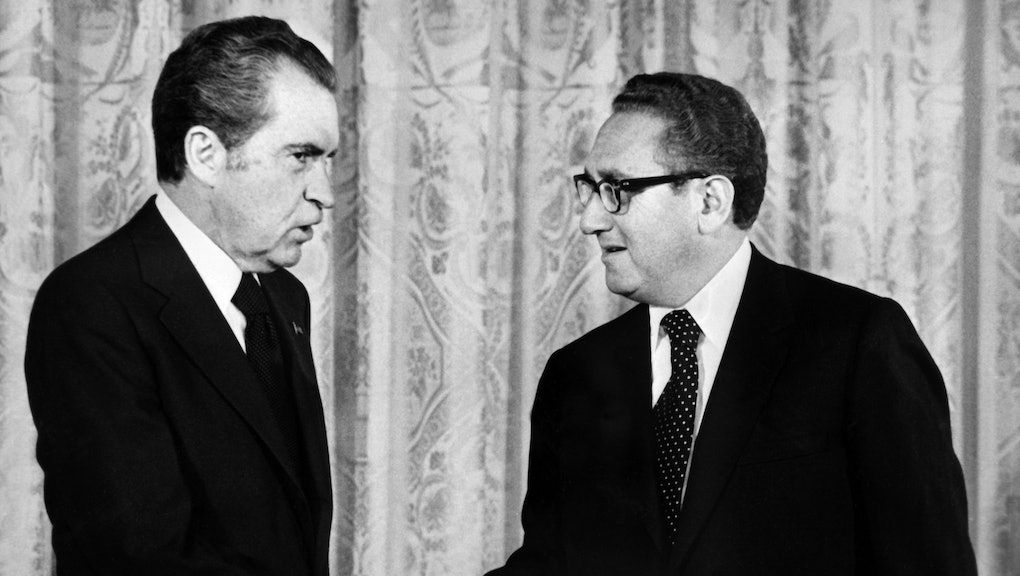 Why Donald Trump and Hillary Clinton should beware the "October Surprise"

It's already September and the 2016 presidential election is in full swing. But many pundits, politicians and voters, are thinking about October. Why? Because of the so-called "October Surprise," in which a major event or disclosure could derail a candidate's campaign.

Believe it or not, the October Surprise has played a role in many elections over the years and with Republican nominee Donald Trump and Democratic nominee Hillary Clinton seemingly neck-and-neck in the latest national polls, anything could happen in the next nine weeks.

Will hackers throw a wrench in the election? Could a domestic terrorist attack or natural disaster sway voters toward one candidate or the other?

And then there are the upcoming debates, the first scheduled for Sep. 26, which could change the dynamic with just one soundbite.

There are so many opportunities for anything to happen in this final stretch of the election, and if history is an indicator, the threat of an October Surprise is real.

The term came to use after the 1972 election when President Richard Nixon, in a tough re-election bid against Democrat George McGovern, authorized his national security adviser Henry Kissinger to declare that "peace is at hand" in Vietnam. It helped Nixon, despite the fact that the war raged on until 1975.

One of the most controversial last-minute shifts in a presidential campaign was between Jimmy Carter and Ronald Reagan in 1980. Carter was trying to secure the release of the American hostages in Iran. He failed, and Reagan won. It's since been claimed that Reagan negotiated with the Iranians to delay the release of the hostages to help him win the election. The hostages were released on on Jan. 20, 1981, just hours after Reagan was sworn into office.

In recent history, late-in-the-game developments have changed the landscape of the election. In 2012, a videotape surfaced in late September showing GOP candidate Mitt Romney trashing the "47%" of voters who he said would re-elect President Barack Obama "no matter what" so they could remain on government assistance.

Romney was dealt another blow when Hurricane Sandy hit the Northeast, giving Obama the optics of responding to a natural disaster as president. And Republican New Jersey Gov. Chris Christie's praise of Obama's handling of the storm didn't help Romney either.

After Obama was re-elected, Christie defended his approval of Obama's handling of the storm.

"For the folks who are critical of that, let me just ask them, 'What would you have me do, exactly?'" he told the Associated Press. "The president calls and says I want to come and visit and see it for myself so I can help you and I say, 'Yeah, no. I'm for Mitt Romney, I don't want you to come.' Or would you have me wear my Romney sweatshirt while I was walking around with him? You know, I mean, this is ridiculous stuff."