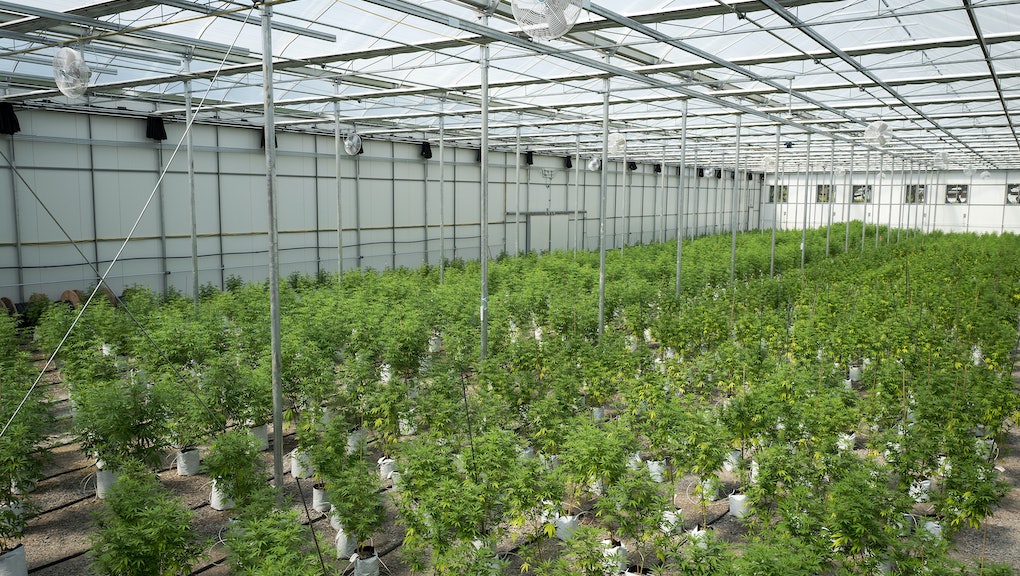 Which states could legalize marijuana in 2016? A guide to the states voting on legal weed.

The number of states that have legalized marijuana could double come November, when voters in five more states will vote on legal weed.

Alaska, Colorado, Oregon, Washington and the District of Columbia already allow recreational marijuana use. In those four states, marijuana can be grown and sold. In D.C., sale is still illegal.

Supporters of legal weed in each state have their own strategy to win the election in November.

In this southwestern swing state, legalization proponents say they will generate tens of millions of dollars each year for schools while keeping money out of the hands of drug cartels. There were more than 16,000 marijuana-related arrests in 2015 in the border state. A "yes" vote on Proposition 205 would legalize use and possession of marijuana. The proposition's supporters say they will "regulate marijuana like alcohol."

The Golden State has been here before. With the world's sixth largest economy, marijuana entrepreneurs have long eyed an expansion in California. The state legalized medical marijuana two decades ago and now has the world's largest market for medical weed. This year's legalization push could generate $1 billion in new annual tax revenue.

In 2010, voters struck down a ballot measure that would have legalized marijuana in California — two years before America's first legalization in Colorado and Washington. But six years and four states with legal weed later, polling shows California is poised to legalize marijuana.

One of two northeastern states that could legalize marijuana, Maine's largest city already allows recreational marijuana — at least symbolically. In 2013, Portland residents voted to legalize marijuana. While the move did not override state or federal law, it was a step toward a vote this fall on legalization.

Maine has been at the forefront of relaxing restrictions on marijuana. It was among the first states to decriminalize weed and allow medical marijuana.

Unlike its northern neighbor, Massachusetts has been late to decriminalization and medical use of marijuana. More than half of voters recently said they were opposed to legalization. But a victory for marijuana proponents would bring legal weed to an east coast state of 6.8 million people.

In a state where prostitution and gambling are legal, marijuana remains against the law — at least for a few more months. If Nevadans vote to legalize marijuana, and voters in Arizona and California follow suit, nearly half of western states could find themselves weed-friendly.