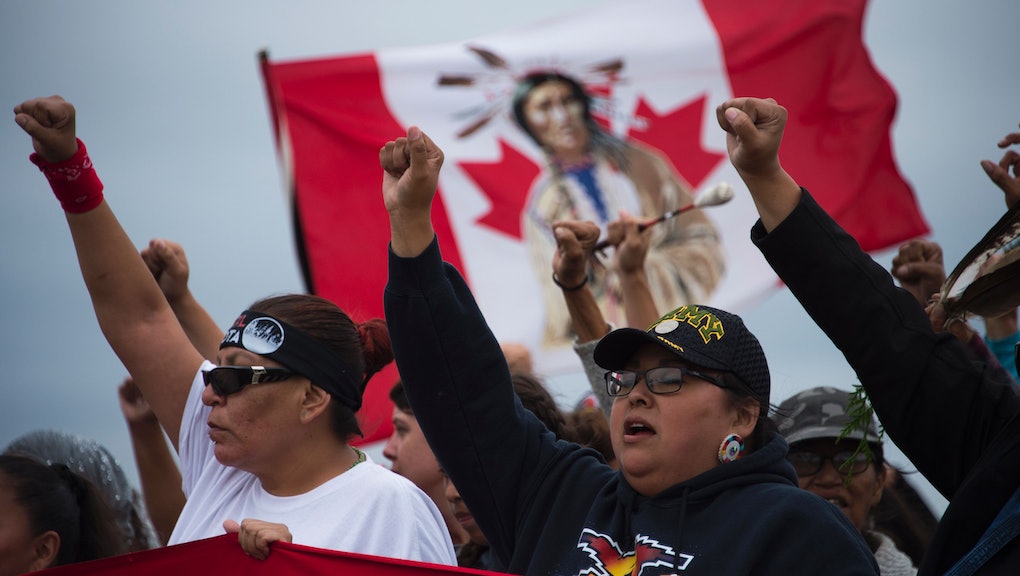 On Tuesday, U.S. Judge James Boasberg granted a partial and temporary restraining order against Dakota Access, the company in partnership with massive Texas gas company Energy Transfer Partners. Boasberg said he'd have a decision on the injunction by Friday, but in the meantime, the tribes requested a construction halt on the $3.8 billion crude oil delivery system in areas with "significant cultural and historic value." In other words, it's a request that the company doesn't dig up any more land in sacred sites until the judge has his official decision.

Tuesday's in-court announcement of a brief halt is just the latest in a string of protest actions, restraining orders and construction reprieves. In August, the Standing Rock Sioux tribe sued the federal government over the project after tribal leaders said the tribes were not properly consulted prior to construction.

Over Labor Day weekend, a security firm hired to protect Dakota Access construction workers used pepper spray and dogs to combat protesters who said the construction not only affects sacred land, but also threatens to contaminate the nearby Missouri River.

By Friday, Dakota Access and concerned tribes will know whether the U.S. Army Corps of Engineers, the agency that approved the pipeline project in July, will withdraw permits for the project, or if Boasberg will allow construction to proceed. Until then, the Corps of Engineers said in a court document Sunday, that "the public interest would be served by preserving peace."