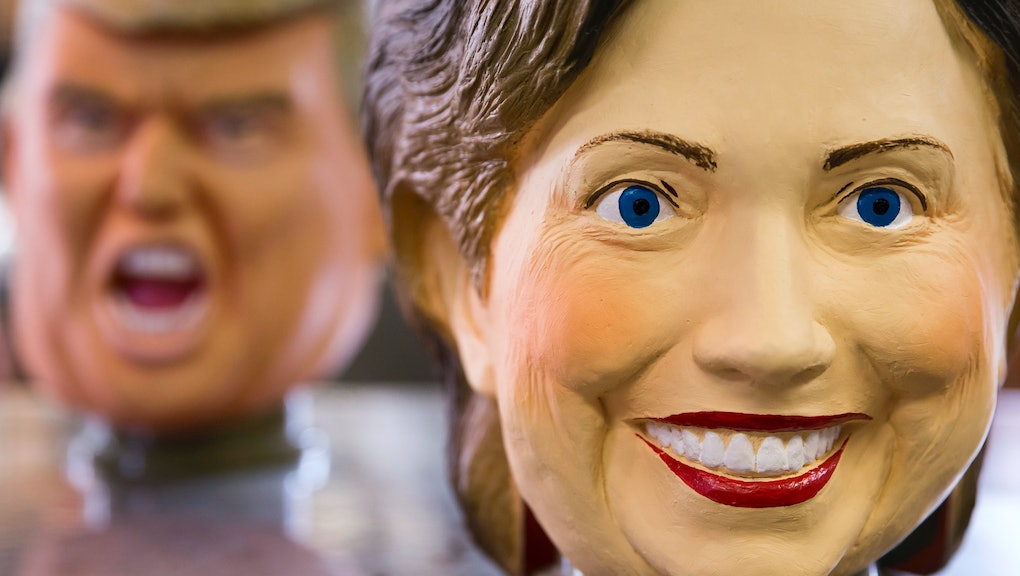 Election map 2016: Here's who's winning key states, according to the latest polls

With polls showing the presidential race tightening as it enters the crucial final stretch, it is important to remember what really matters: who is winning the handful of states that will pick the next president. And just as there are many polls to cite, there are many tools to predict who will win in key states.

The map below, from 270ToWin, shows how the U.S. turned out for Barack Obama in his victory over Mitt Romney. If Hillary Clinton repeats Obama's state victories, she would win 332 electoral votes — well over the 270 electoral votes a presidential candidate needs to win the White House.

The latest RealClearPolitics polling averages, which are illustrated in the map below, give Clinton an edge over Donald Trump in Florida, North Carolina and Ohio — states Trump must win to have a shot at the White House.

There are many groups and news organizations that weigh polling against other factors to determine. 270ToWin aggregated predictions from seven of those sources into the map below, which shows Clinton is already very close to victory.

Because Clinton will begin election day with a solid hold on many high-value states, Trump must win numerous swing states without giving Clinton a win in places like Ohio and Florida. But as the above map shows, even if Trump can pull out wins in the perennial swing states, Clinton could still eke out victory. Under all probable scenarios, the electoral map is undoubtedly presenting difficulties for Trump.