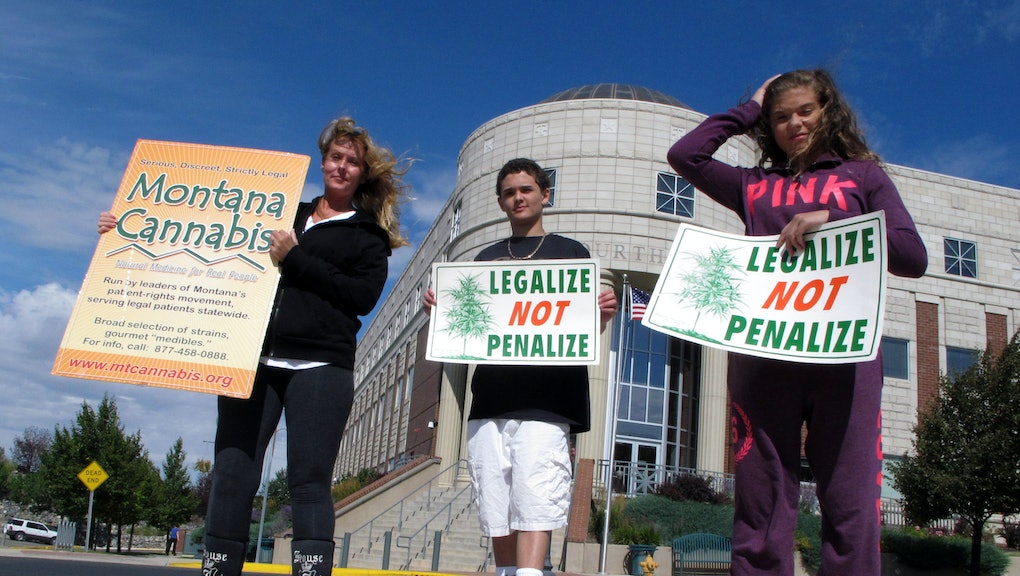 Marijuana legalization Montana 2016: Here's what to know about state's I-182 initiative

While most states have relaxed restrictions on marijuana in recent years, Montana has gone backward. A relatively early adopter of medical marijuana in 2004, the state — which has a population of roughly 1 million people — once had 4,900 providers servicing nearly 30,000 patients. But in 2011, state legislators passed a law that severely limited the reach of marijuana providers. A February state Supreme Court decision affirmed the move.

But supporters of medical weed are hoping to be back in business come November with Montana I-182, a ballot initiative that would repeal the law that effectively killed the medical marijuana industry. A "yes" vote would repeal the limit of three patients per dispensary, which estimates say cut off at least 12,000 medical marijuana users when it was put into effect — the vast majority of those were using marijuana as medication.

About 98 percent of the $105,000 raised by Safe Montana, a group opposed to all marijuana use, has come from Stephen Zabawa. Zabawa is the owner of car dealerships around Billings, the state's largest city. "We know there's nothing good about federally illegal Schedule I drugs," Zabawa said in March, referencing the federal government's labeling of marijuana as an addictive substance with no medical use.

Medical marijuana proponents hit back at Zabawa's almost-solo campaign against them. (The car dealer says he has spent hundreds of thousands of dollars in his anti-marijuana crusades.) They argue marijuana has helped tens of thousands of Montanans who suffer from a range of illnesses. Plus, the state's "repeal in disguise" overturns the will of the people from more than a decade ago, says the Marijuana Policy Project.

The representatives of a largely dead industry have funded opposition to Zabawa. The Montana Cannabis Industry Association has a simple strategy based on its response to patients losing access to medical marijuana: "This is wrong. We must remedy this. We must pass I-182."