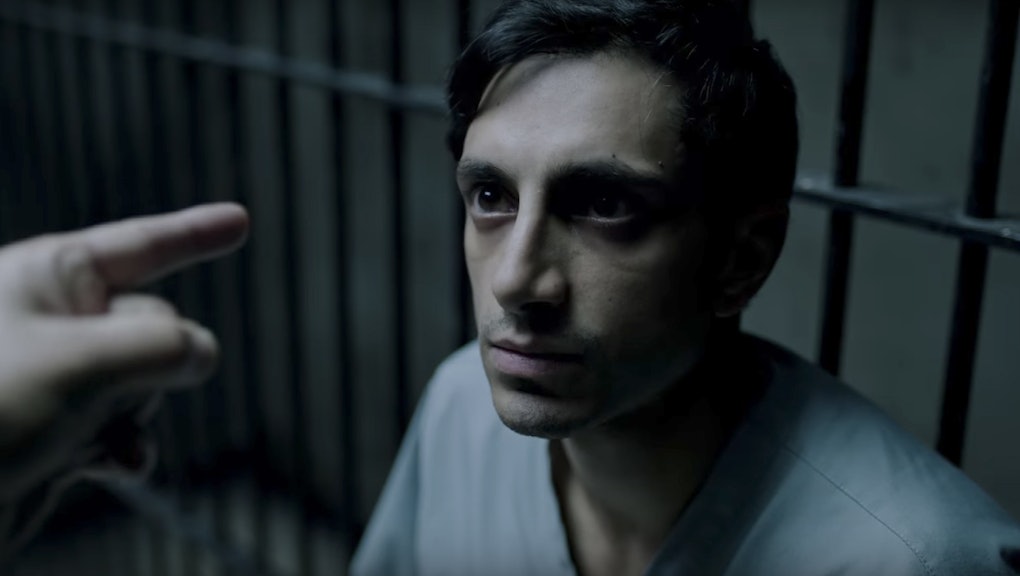 Despite its intentions, 'The Night Of' has a serious representation problem

The minute the ostensibly Pakistani father in The Night Of opened his mouth, I knew he wasn't Pakistani — his English was spoken with a Persian accent.

To a Pakistani, the difference in accents between a Persian and Pakistani speaking English is analogous to the accent difference between Scottish and American English. As a half-Pakistani who spent a number of years living in Pakistan, I didn't have to check IMDb to confirm my suspicion. But I did anyway.

The actor's name is Peyman Moaadi, and sure enough, he's Iranian.

Moaadi plays the father of protagonist Nasir "Naz" Khan, a college student who, through a complicated turn of events, becomes entangled in the mysterious death of a young woman. What follows is a slow-paced drama, a whodunnit on its surface that, over time, becomes a probe into the workings of the criminal justice system.

Numerous reviewers have hailed the HBO breakout miniseries, an adaptation of British show Criminal Justice, as introspective, nuanced and sophisticated.

"Richard Price and Steven Zaillian's adaptation, taking in a new city, new prejudices, post-9/11 Islamophobia, etc, more than justifies its existence and makes it a thing in its own right," the Guardian's Sam Wollaston wrote. "A very excellent thing."

At first, I was on board. I was willing to overlook the lazy casting choice. Because The Night Of does take multiple opportunities — like in casual dialogue, for example — to educate ignorant characters (and, in turn, audiences) that Pakistanis are not Arabs, nor are they Middle Eastern; they're Asian. And that while Pakistan and the Arab world may share a foundation in Islam, they are not interchangeable. They have unique histories and cultures.

This careful treatment of cultural identities is something that brought me a great sense of relief and encouragement in the first few episodes. As a half-Pakistani, it's a common American misconception that frustrates me enormously, and The Night Of was the first instance of addressing it I'd ever seen in television.

It may seem like a small thing to an outsider, but the erasure of one's identity that comes with a lifetime of mislabeling is corrosive to one's sense of self.

I wanted so badly to believe there was a show that was making the effort to accurately portray Pakistanis — or any marginalized minority, for that matter — I clung onto those early moments of enlightenment. Particularly after the debacle that was Homeland, one of the more recent — and most disappointing — portrayals of Pakistan in Western mainstream media, I wanted badly to buy into the possibility that The Night Of had finally gotten it right.

But then something started to wear away at me. The inaccuracy of casting a Persian to play a Pakistani felt all the worse in a show praised for its cultural sensitivity and nuance. I looked up the actress who plays Naz's mother, Poorna Jagannathan. It turns out she's not Pakistani either; she's Indian.

And while much digital ink has been spilled about the provocative series, the lack of discussion surrounding the ham-handed casting in The Night Of also evinces a wild double-standard.

In March, Tina Fey's Whiskey Tango Foxtrot drew ire when it cast two white actors to play Afghan characters. It was part of a larger and important discussion about Hollywood's propensity to whitewash. More recently was the controversy of casting cisgender Michelle Rodriguez to play a transgender woman in the forthcoming film (Re) Assignment.

But there hasn't been much — if anything — said about The Night Of's casting choices, which I believe are far more insidious than the above-mentioned projects' more obvious bungles. When a show is understood to be sophisticated and above making such avoidable mistakes, an audience is less likely to question things like the way the series presents a Pakistani than they would a movie with a white actor in brown face.

In the context of the series, Moaadi's accent is wildly inaccurate, not even vaguely resembling a Pakistani one. But Pakistani and Persian accents are both foreign sounding and derived from predominantly brown, Muslim countries. "Close enough," I can only imagine the casting director saying, with a shrug.

To put that in perspective, it is tantamount to HBO's hiring a white South African, replete with a thick Afrikaner accent, to play an American... and then billing this hypothetical show a raw, realistic looking glass into Americana. Imagine in this hypothetical world America is largely misunderstood and misrepresented. A lot of people would walk away with the understanding that an Afrikaner is an American.

The show's troubles with representation aren't limited to Pakistanis. More has been said about the show's underdeveloped black and female characters.

One of the black characters, Trevor, is portrayed as an Islamaphobic, culturally ignorant stoner: "Did you leave your bombs at home, Mustafa?" he yells at Naz. At one point, Trevor conflates Arabs with Pakistanis: Thankfully, there is a wise, authoritative, middle-aged white man nearby to educate him.

Pakistani and Persian accents are both foreign sounding and derived from predominantly brown, Muslim countries. "Close enough," I can only imagine the casting director saying, with a shrug.

The show's treatment of women, thankfully, has been covered extensively. A number of celebrities called out the show's treatment of the female lead, Chandra Kapoor (Amara Karan), a young Indian woman and Naz's attorney, who is built up as smart and determined, but in the last few episodes devolves into an irrational mess fueled by her romantic interest in her client.

"Not only did the show sell out Chandra, they damned her to facilitate a male lead's catharsis and triumph," Entertainment Weekly's Jeff Jensen wrote.

So why does this matter? Are these just the grumblings of a pedantic Pakistani? I would contend not. America's relationship with Pakistanis and, more broadly, Muslims is not insignificant.

As far as Pakistan is concerned, it is one of nine nations armed with nuclear weapons and it also happens to be where Osama bin Laden, the orchestrator of America's most devastating domestic attack, was hiding out. Pakistan is important to America, unavoidably so.

As America witnesses a swelling tide of Islamophobia, falling back on tropes of Muslim terrorists and painting the world's more than 1.6 billion Muslims with the same brush aren't just matters of laziness in the entertainment industry: They can help reinforce misunderstandings at the root of complex and crucial relationships between different peoples; they can help widen the divide.