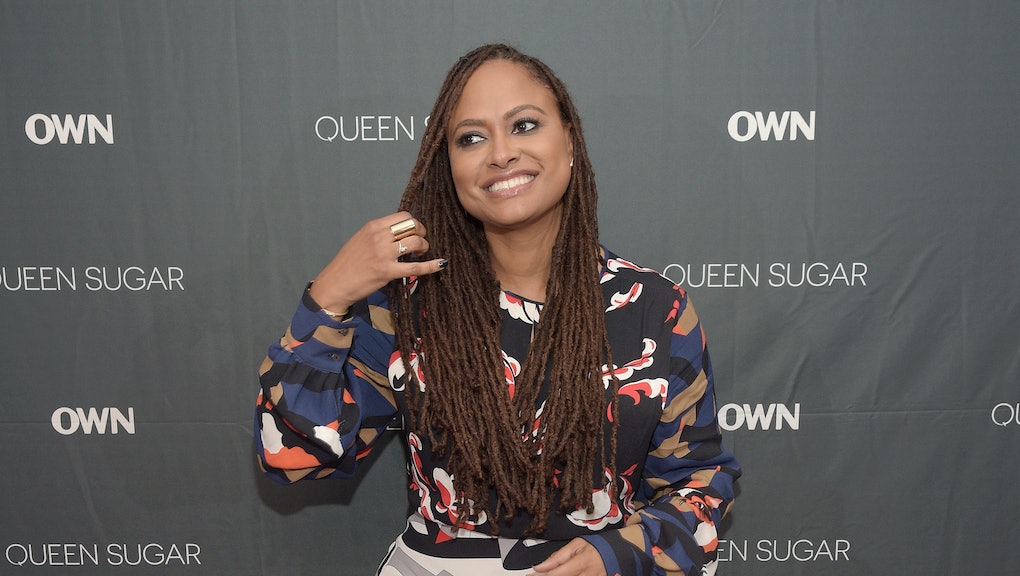 One small part of what makes director Ava DuVernay so distinctive is how she showcases authentic black beauty on screen. Put simply: It's all about the lighting.

"You light each one as if they're the hero of the story," she told Vulture of her technique. "It takes a little bit longer and everyone doesn't know how to do it — it's not just putting light on — but it's not impossible for people to learn."

For the last few years, DuVernay has positioned herself to be the perfect arbiter of this brand of cinematic excellence with critically acclaimed films like Middle of Nowhere and Selma. Tuesday, she made her TV series debut with OWN's Queen Sugar, where she shined her spotlight on a black family — and offered a glimpse of how to do that in the most beautiful way.

Queen Sugar, based on the novel of the same name by Natalie Baszile, is the story of a Louisiana family whose patriarch dies and leaves an 800-acre sugarcane farm to his three children. In its premiere, viewers were introduced to the Bordelon family: Nova, a journalist and activist who stayed close to home, Charley, an NBA wife who returns home with her teenage son, and Ralph Angel, a formerly incarcerated single father.

Alone, this story would be worth attention. But it's DuVernay's focus on detail and closeness that makes her TV debut so worthwhile. Look at the show's very first scene: Nova (Rutina Wesley) lays in bed with her dreadlocks draping over her naked body. The camera takes more than a moment to focus solely on first her 'locks, then her 'locks and her body, then finally incorporates her surroundings — with a pacing that seems almost over-exaggerated so that viewers can take in all of her beauty.

Amid other TV shows about black family life this year, like ABC's Black-ish, Fox's Empire and OWN's Greenleaf, Queen Sugar stands in a world of its own because it is created by and based on stories by black women — and airing on a network owned and operated by the most powerful black woman in media today.

That DuVernay and Oprah Winfrey teamed up for this venture is a testament to the power of telling a black family's narrative through a black woman's lens. It's also making its mark with an all-women directorial team and an inclusive crew.

The show appeals to multiple audiences, including viewers passionate about social justice or those interested in family drama and soapy plotlines. But in many moments, it's the type of show that can convince you to shut your laptop, close Twitter and truly soak up its richness and complexity.

One such example is at the tail end of the series' first episode, when Ernest Bordelon (Glynn Turman) lies in the hospital as his son Ralph Angel (Kofi Siriboe) and his grandson Blue Bordelon (Ethan Hutchison) visit him.

"It represents something that I don't feel we see hardly enough, which is generational love between black men within families," DuVernay says in a behind-the-scenes video. "The kind of tender heart of black men that are so often dismissed in mainstream media. So I offer that scene with everything I have to the audience. And I feel like it's something really beautiful. It was a gift to me and a gift that I give."

Fans of the show certainly seem keen on unwrapping DuVernay's gifts every week, too. The next episode of Queen Sugar airs next Wednesday at 10 p.m. Eastern on OWN.