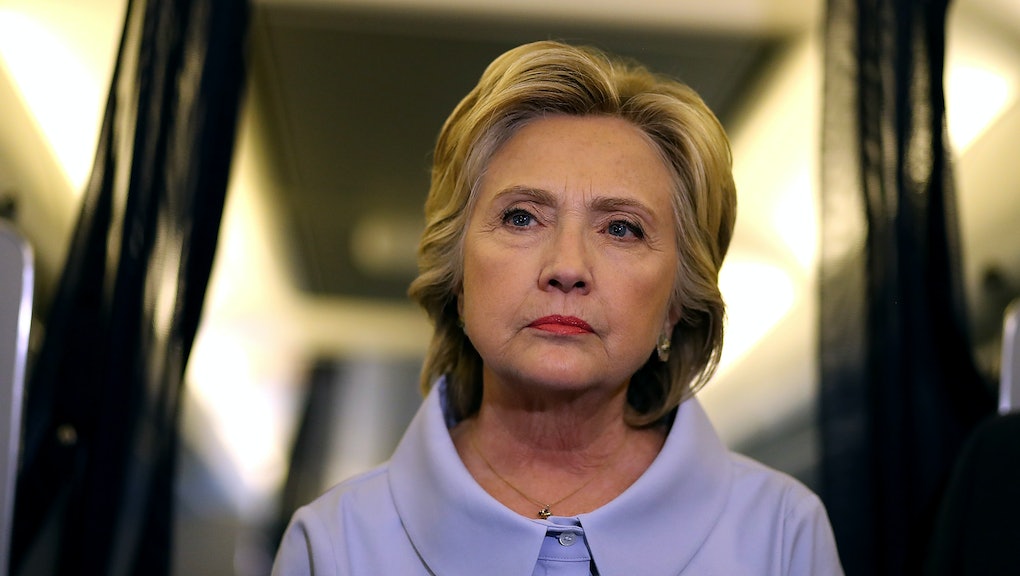 Where does Hillary Clinton stand on marijuana legalization? Here's her record.

Hillary Clinton's husband has a famous history with marijuana.

During his 1992 run for President, Bill Clinton said he had "experimented" with cannabis but "didn't inhale and never tried it again," he said, in a nod to the "just-say-no" culture of the time.

That was four years before California would become the first state to legalize medical marijuana and two decades before Colorado and Washington legalized recreational weed.

This year is very different. More than half of Americans want to see marijuana legalized. Patients in 25 states and the District of Columbia use marijuana for medical use. Four states allow possession and sale of marijuana. Five more may approve recreational use in November.

Perhaps the main reason Clinton needs to pay attention: no state legislature has legalized recreational marijuana. It has consistently happened through the will of voters at the ballot box.

Clinton's stance on marijuana came up in the primaries. Bernie Sanders said marijuana should be removed from the federal Drug Enforcement Agency's list of controlled substances. Though a large majority of Americans can be prescribed marijuana, the DEA still says marijuana is addictive and has no medical use.

Clinton does not go as far. She wants to reclassify cannabis to the same level as cocaine or methamphetamine, while using "alternatives to incarceration" for nonviolent marijuana users. But she does want to see medical marijuana expand at the state-level. And she says the federal government should research marijuana to determine its medical use. Her positions have proponents of cannabis wanting to hear more.

Marijuana supporters did not like Clinton's vice presidential pick of Tim Kaine, a Democratic senator from Virginia who has opposed decriminalization and legalization of cannabis.

"Fortunately, Hillary is at the top of the ticket and seems to have been influenced, in part, by Bernie's compassionate and sensible position on decriminalization," Steve Gormley of 7th Point, a private equity fund, and a marijuana supporter, told Forbes.

But Clinton is not shying away from the marijuana topic. Aware that more than half of Americans approve of legalization, she joked she needed some "medicinal" marijuana after a prolonged coughing fit at a campaign rally. And relaxing marijuana restrictions puts the Democratic nominee in line with Donald Trump, who also supports growth of state medical marijuana programs.