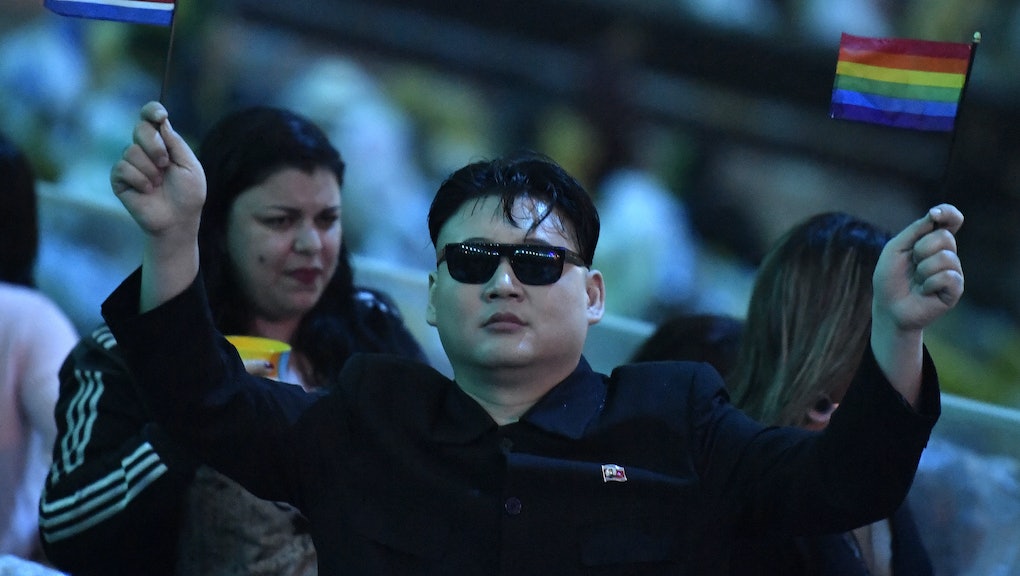 North Korea has banned sarcasm, according to a report from Radio Free Asia and not the Onion.

The directive never to utter a critical word, even in jest, against dictator Kim Jong Un, his regime and presumably, his choice of hairstyle, was reportedly issued at a number of "mass meetings" the government convened across the country in August.

"One state security official personally organized a meeting to alert local residents to potential 'hostile actions' by internal rebellious elements," RFA cited an anonymous source as saying. "The main point of the lecture was 'Keep your mouths shut!'"

According to Jezebel, RFA's article originally suggested that North Korea's illustrious and not-even-remotely mockable leader may harbor some debilitating insecurities, having banned sarcasm because he "fears people only agree with him 'ironically.'"

"This habit of the central authorities of blaming the wrong country when problem's cause obviously lies elsewhere has led citizens to mock the party," RFA's source told the news outlet.

The government was, allegedly, also irked by the characterization of the Supreme Leader as a "fool who cannot see the outside world" — a sentiment, the source said, that is gaining popularity.

Calling the Supreme Leader "Fatboy Kim the Third" and/or a "tyrant with a Fred Flintstone haircut" would probably lead to trouble, as would casting doubt on the not-at-all-dubious claims that he could drive a car by the age of three, captain a boat by age nine and that he once climbed North Korea's tallest mountain — the 9,000-ft Mount Paektu — in his customary suit and dress shoes.

Indeed, under the sarcasm ban, such biographical tidbits must be presented without the smallest hint of irony. Or else.