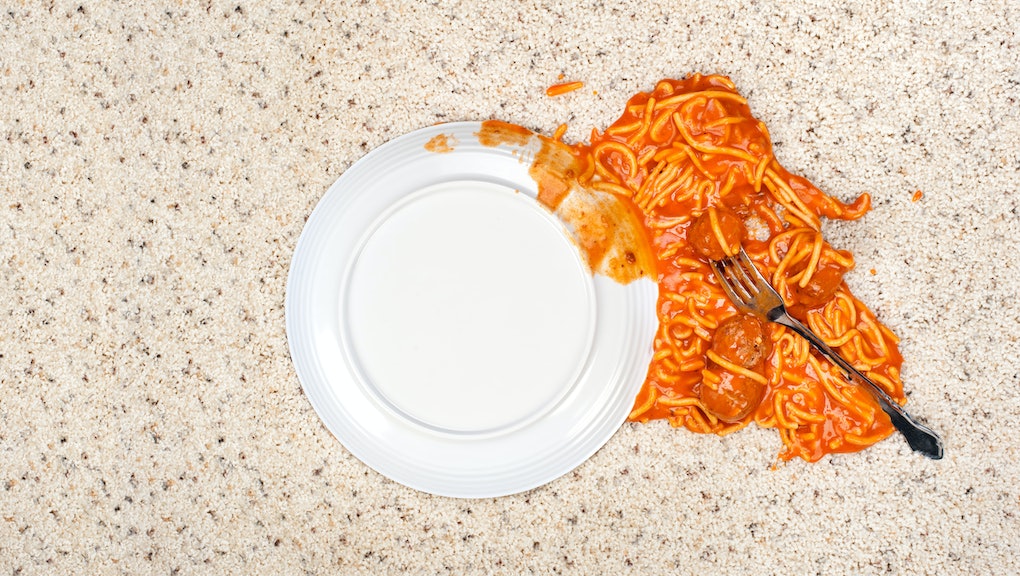 The next time you drop a cracker or a donut on the floor, you might want to leave it there — unless you like to chow down on lots of bacteria.

While many people believe in the so-called "five-second rule," or the theory that food is not contaminated if picked up within that time frame, researchers at Rutgers University have found it to be completely false in a new study.

The researchers examined the widespread five-second rule to see if there was any truth in the matter, Donald Schaffner, a Rutgers professor who conducted the study, told Rutgers Today.

To put the rule to the test, the scientists tested four different foods, including watermelon, bread and butter, bread and gummy candy, and four different surfaces, including stainless steel, ceramic tile, wood and carpet, CBS News noted. They also looked at four different time-lengths of contact — less than one second, five seconds, 30 seconds and even 300 seconds — to see how much bacteria was picked up in each time frame.

The results of the study are unfortunate: Bacteria "can contaminate instantaneously," Schaffner said to Rutgers Today.

The type of food, however, does affect the amount of contamination. The researchers found that the watermelon, which is a very wet fruit, had the highest levels of bacteria, while the gummy candy had the least, CBS News noted.

"Bacteria don't have legs, they move with the moisture, and the wetter the food, the higher the risk of transfer," Schaffner said to Rutgers Today. As for surface types, carpet had a much lower bacterial contamination rate than tile and steel.

The amount of time a food spends on a surface also affects the contamination level. "[The] longer food contact times usually result in the transfer of more bacteria from each surface to food," Schaffner said. So while the five-second rule doesn't save food from being contaminated by bacteria, it's much safer to abide by that rule than a 30-second or 300-second rule.

So there you have it: If you are going to drop food on the floor, do it on carpet and pick it up as fast as you can — so long as you don't mind a few germs here and there.