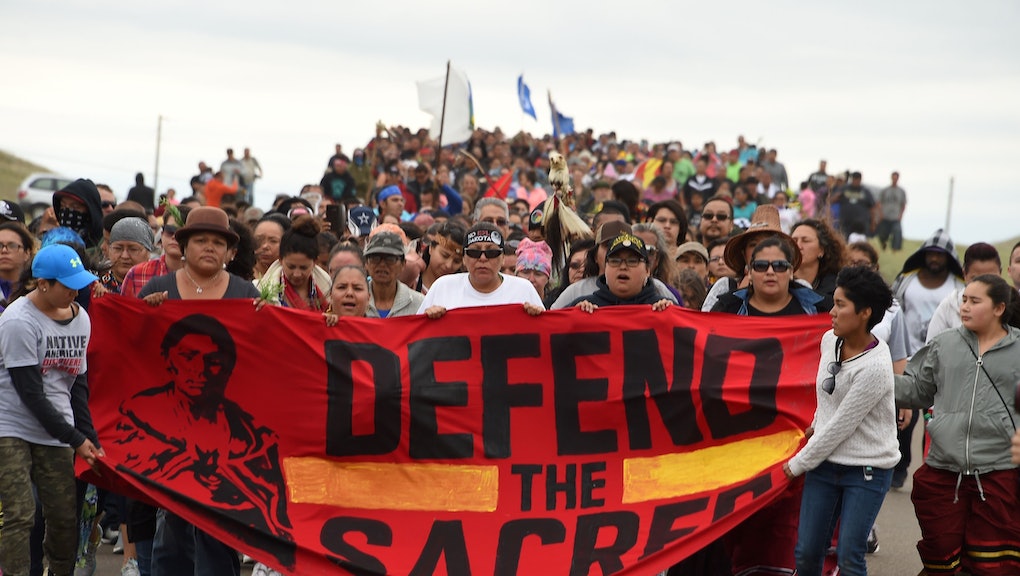 Immediately after a federal judge denied a request by the Standing Rock Sioux Tribe to stop construction on the Dakota Access pipeline, the U.S. Department of Justice stepped in to overturn that decision, halting work on the pipeline until it could properly address the issues the tribe has raised.

"... construction of the pipeline on Army Corps land bordering or under Lake Oahe will not go forward at this time... In the interim, we request that the pipeline company voluntarily pause all construction activity within 20 miles east or west of Lake Oahe," the report reads.

The finished pipeline would have spanned North Dakota, South Dakota, Iowa and Illinois, cutting across land that the Standing Rock Sioux considers sacred.

In an interview with the Guardian, protester and Dakota Sioux member Ladonna Allard said that blocking the pipeline's construction was about more than eliminating an imminent threat to the water supply.

"This is sacred land," Allard said. "This is not about trying to be a protester. I am a mother. My son is buried at the top of that hill. I can't let them build a pipeline by my son's grave."

Peaceful protests against the pipeline's construction turned violent Saturday, with Dakota Access-hired security guards unleashing dogs and pepper spray upon the hundreds of assembled protesters who stormed the site's fences.

"In recent days, we have seen thousands of demonstrators come together peacefully, with support from scores of sovereign tribal governments, to exercise their First Amendment rights and to voice heartfelt concerns about the environment and historic, sacred sites," the report reads.

"It is now incumbent on all of us to develop a path forward that serves the broadest public interest."