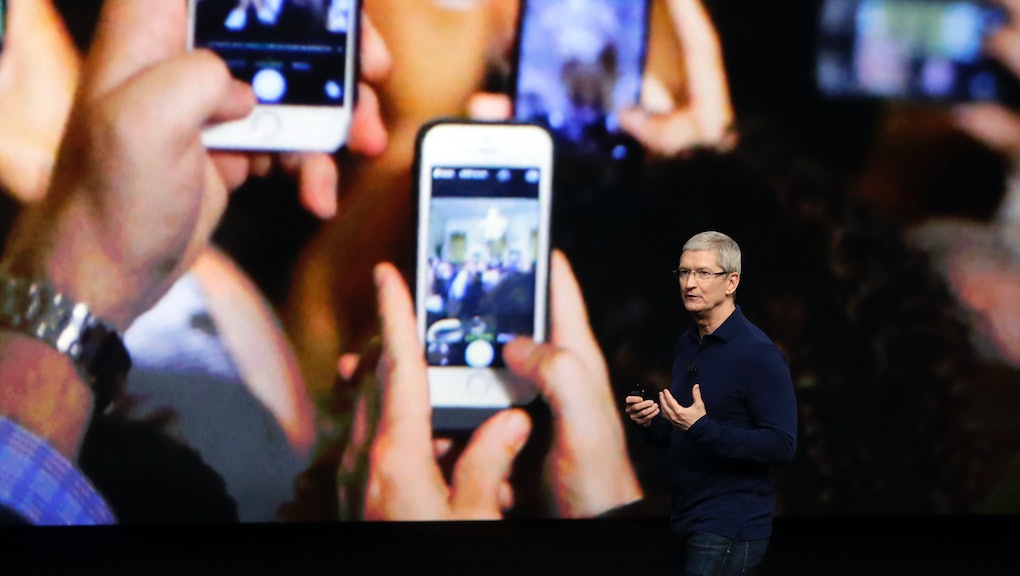 Apple responds to diversity criticism: "We had a Canadian" onstage at iPhone 7 event

On Friday, I published an article about the gender divide in Apple's last two iPhone events. I pointed out that while Apple has been vocal about its commitment to diversity, this commitment is not evident in the company's choice of keynote speakers and their stage time. On Wednesday, when Apple introduced the iPhone 7, women spoke for approximately eight minutes; men spoke for 99. Furthermore, most of the women and people of color who appeared onstage weren't Apple representatives.

Ahead of publication, I emailed Apple for comment twice, with no reply. After the story was published, an Apple public relations spokesperson sent me an email, saying "we may have different interpretations of diversity." As evidence of this diversity, he pointed to "two African-Americans" who spoke at the keynote, neither of whom are actually employed by Apple. He also mentioned "a Canadian, and a British woman."

The Apple spokesperson began the email with the words "off the record," a condition Mic did not agree to before the statement was delivered. Apple's PR team should be advised that off-the-record statements are "prearranged agreements" whose conditions are decided on beforehand — a longstanding rule of ethical journalism. A source's request to speak off the record must be approved by the reporter before the off-the-record information is shared. (This is spelled out in detail in the Ethics, Law & Good Practice section of the NYU Journalism Handbook for Students, which notes that "it is essential that the reporter and source agree on a definition before beginning an 'off the record' portion of an interview.")

Abiding by standard journalism practice as well as Mic's editorial standards, the email is, in fact, on the record. We've published it below.

In this email, the Apple representative does a poor job of defending Apple's gender disparity in its keynotes. What's more, he doesn't actually refute any of the facts in the article I wrote.

Let's break down the email, point by point.

We received one email from you which admittedly we did not respond to but I'm not sure where the repeated requests for comments comes from.

I sent two emails ahead of the story's publication — one to the general media contact and one to a contact I have at Apple.

What I find misguided about your piece is that you provide only one way to look at the issue. By your measure, we will keep failing until we have a female CEO AND head of marketing who would admittedly own larger portions of the program.

The point of my original article was that it's an industrywide failure to have a lack of female representation in leadership roles. Case in point: Women hold just 28% of leadership positions at Apple, per its 2016 diversity report — a data point Apple refused to acknowledge.

There was a lot of diversity on that stage that you don't recognize. Unrecognized by you was the fact that we had a gay man, two African-Americans (Instagram and Nike), a Canadian and a British woman, Hannah Catmur.

Yes, the iPhone 7 event featured two black men — Nike Brand president Trevor Edwards and Instagram head of design Ian Spalter — but they did not represent Apple. Hannah Catmur is head of design at ViewRanger. The aforementioned Canadian is likely Heather Price, also not an Apple employee. She's a founding partner at Vancouver-based This Game Studio.

Both female demoers are founders and Heather is CEO. (Her demo guy is her husband.) We didn't have the male co-founder doing the presenting, no. She wasn't an ornament — she was the driver of her entire company's fame, fate and future in those 3 mins.

Three minutes is not a victory in the span of a two-hour conference.

Also unrecognized by you in your piece is the fact that Apple has progressed farther than any tech company in its hiring of African-Americans and Latinos over the past three years.

Apple did make progress in making more diverse hires, per its public diversity report. It hired 65% more women, 50% more African-Americans and 66% more Latinos in 2014 than in 2013, USA Today reported in 2015.

"'This represents the largest group of employees we've ever hired from underrepresented groups in a single year,' Apple CEO Tim Cook wrote in a letter that accompanied the report," USA Today reported.

But Apple is still predominantly male and white — 68% male and 56% white, as of the last diversity report. The ratios change when you focus on Apple's leadership, which is 72% male and 67% white.

So as you see, we may have different interpretations of diversity.