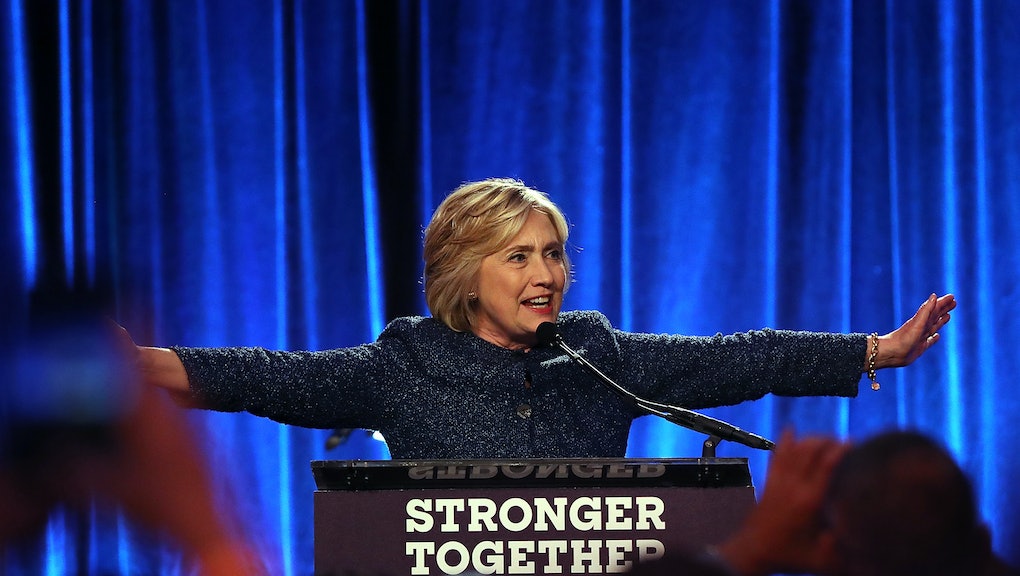 Democratic presidential hopeful Hillary Clinton had some choice words for those who who support her Republican rival, Donald Trump, during a donor event in New York Friday night.

"Just be grossly generalistic, you could put half of Trump's supporters into what I call the 'basket of deplorables,'" Clinton told attendees at a fundraiser hosted by LGBT for Hilary, according to Politico. "The racist, sexist, homophobic, xenophobic, Islamophobic — you name it."

Clinton also said that she doesn't believe that all Trump supporters are inherently "deplorable" — others, she reasoned, have just become disillusioned by what they perceive to be a partisan government that fails to hear their voices.

"That other basket of people are people who feel that government has let them down, the economy has let them down, nobody cares about them, nobody worries about what happens to their lives and their futures," she said. "They are just desperate for change."

Clinton said that the "basket of deplorables", which she called "irredeemable" and "not America," according to CNN, includes members of dangerous fringe movements, such as white supremacy groups and the alt-right, whose voices Trump's candidacy has helped to amplify.

"Unfortunately, there are people like that, and he has lifted them up. He has given voice to their websites, that used to only have 11,000 people [reading them, but] now have 11 million. He tweets and retweets offensive, hateful, mean-spirited rhetoric."

A Reuters poll from July that surveyed more than 16,000 Americans found that, statistically, Trump supporters are in fact more likely to harbor racist attitudes.

After catching wind of Clinton's derogatory comments, Trump tweeted out his disapproval on Saturday morning, speculating that her statement might "cost her at the polls."

On Saturday, Clinton reportedly said that she regretted making the comments, according to the Associated Press, and clarified that she believes that many Trump supporters are hard-working Americans.