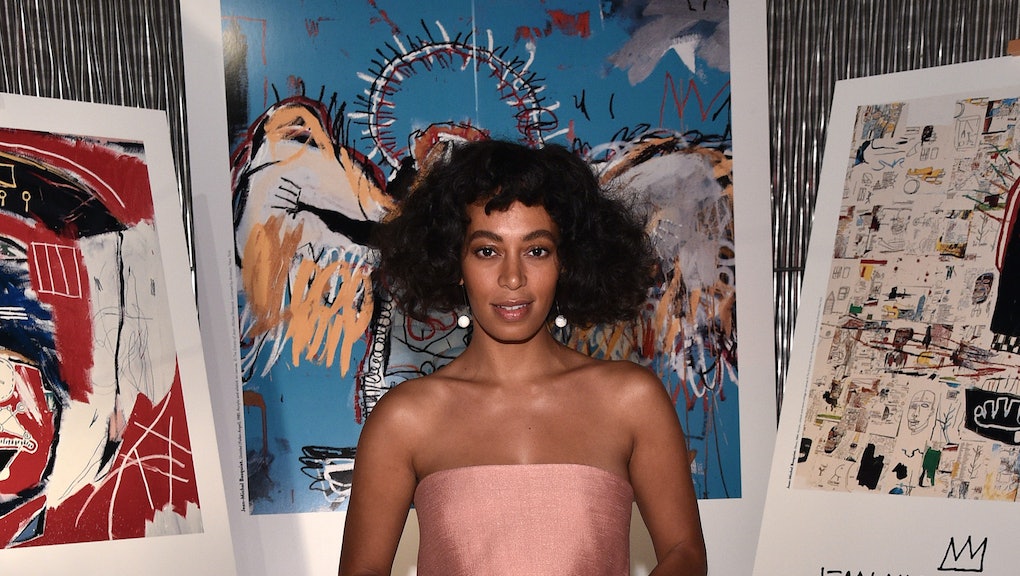 If the last few months have taught the internet anything, it's that it's hard to be a black woman. Between the racism and the sexism — together, the misogynoir — it can be difficult to do anything: even go to a concert. On Friday night, singer and fashion icon Solange Knowles shared with her fans an incident that happened to her at a concert with her family that made her deeply uncomfortable.

Knowles' tweets chronicled her experience going to a predominantly white Kraftwerk concert in which she had something thrown at her and was told to sit down by white concert-goers.

Knowles' tweets have since been deleted and replaced with an essay on her website that recounted the events.

In the essay, which is written in the second person, she talks about arriving at a Kraftwerk show in New Orleans, only to be harassed by other concert-goers.

"About 20 seconds later, you hear women yell aggressively, "Sit down now, you need to sit down right now" from the box behind you. You want to be considerate, however, they were not at all considerate with their tone, their choice of words, or the fact that you just walked in and seem to be enjoying yourself.

Knowles then says the patrons threw something at her, which turned out to be a lime. But, she keeps her cool. (She kept this part of the story on Twitter.)

In the essay, Knowles wrote:

"You have lived a part of your life in predominately white spaces since you were a kid and even had your 3rd grade teacher tell you "what a nigger is" in front of your entire white class. You watched your parents trying to explain why this was wrong to her and learned then it can be virtuously impossible to get your point across."

It seems that speaking about harassment offline leads to harassment online. Like Leslie Jones or Knowles' sister's daughter Blue Ivy before her, Solange Knowles is another black woman who is getting harassed just because she's a successful black woman.