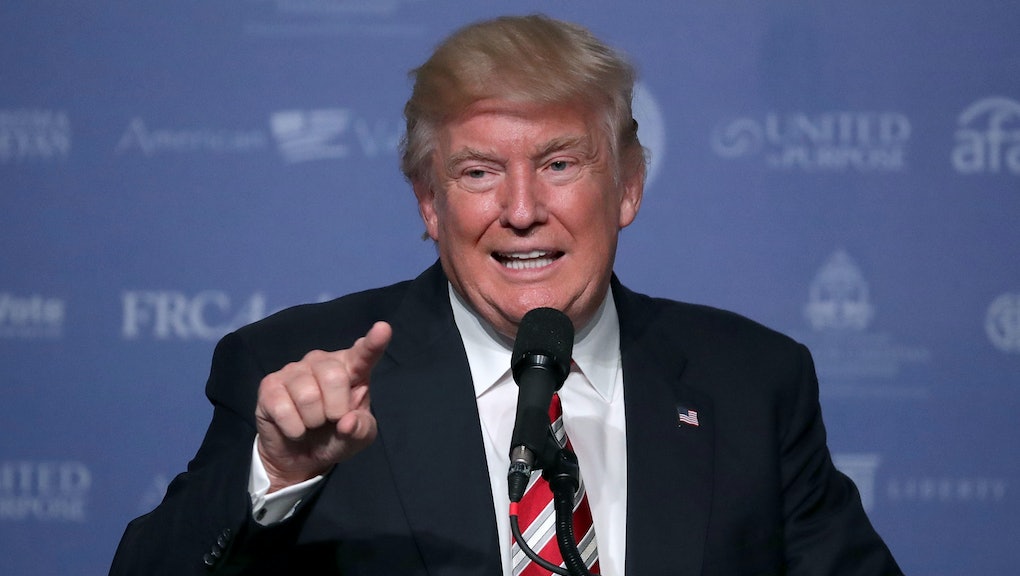 Here's what you'll be getting instead of Donald Trump's medical records

Instead, the candidate will be providing an interview on his "own personal health regimen" to TV personality Dr. Mehmet Oz, reported Politico, to air next Thursday.

The television special will apparently serve in lieu of Trump's promises to release his full medical records to the public — an issue that grew amid his increasing criticism of Democratic nominee Hillary Clinton as unhealthy and unfit for the presidency and suspicion of the exuberant tone of a hastily-written note from Trump's doctor.

"Republican presidential candidate Donald Trump is here to share his vision for America's health," read a promotional teaser for the interview. "We're asking him the questions you want answered regarding your well-being, security, money and more. A no-holds-barred conversation you'll be talking about."

As Politico noted, Trump has "grabbed a lot of attention for his frequent meals of fried chicken and other fried foods, as well as his lack of sleep." The nominee claims to sleep only four hours a night and famously persists on a diet composed largely of fast food.

Dr. Oz himself has has come under continual criticism for his willingness to endorse a number of dubiously evidenced health care products, and a 2014 study in the BMJ criticized his TV doctoring as lacking a basis in medical science. In 2015, Columbia University refused to fire the doctor after a group of physicians wrote to the school saying "Dr. Oz has repeatedly shown disdain for science and for evidence-based medicine ... Worst of all, he has manifested an egregious lack of integrity by promoting quack treatments and cures in the interest of personal financial gain."