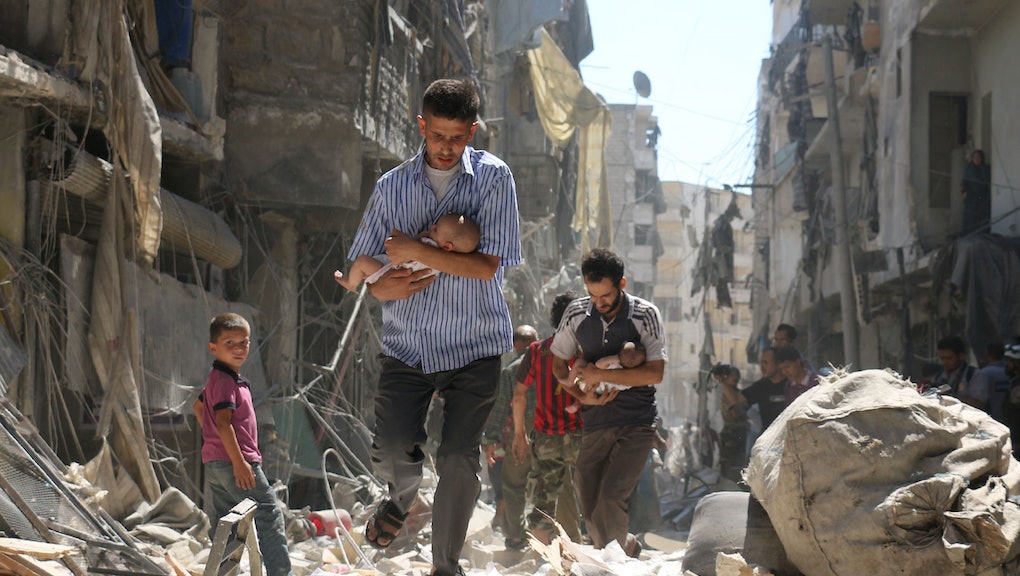 Airstrikes killed more than 100 people, women and children among them, in northwest Syria on Saturday and Sunday just hours after the United States and Russia had announced a new ceasefire agreement, Al Jazeera reports.

The airstrikes hit in the rebel-held Aleppo province and in Idlib, the capital city of the province with the same name.

Idlib was hit particularly hard. As shoppers flocked to a market to purchase gifts for the upcoming Eid holiday, Al Jazeera's Adham Abu al-Husam reports that a Russian jet attacked from above, killing 55 civilians — 13 women and 13 children among them, CNN reports.

In Aleppo, 46 civilians and nine children were killed in a series of airstrikes that similarly targeted rebel-held areas.

All of the raids are believed to have been carried out by either Syrian fighter jets or the Russian military, a key ally of President Bashar al-Assad's regime.

The ceasefire pact, which was reached after 13 hours of deliberation between U.S. Secretary of State John Kerry and Russian Foreign Minister Sergei Lavrov and which has the full support of the Syrian government, calls for an immediate truce to begin across the embattled nation at sunset on Monday.

The deal would also see the two nations working in tandem to combat armed militant groups operating in key parts of Syria, including the Islamic State.

A ceasefire agreement between Russia and the U.S. was previously reached in February, but fell apart within weeks, CNN reports.