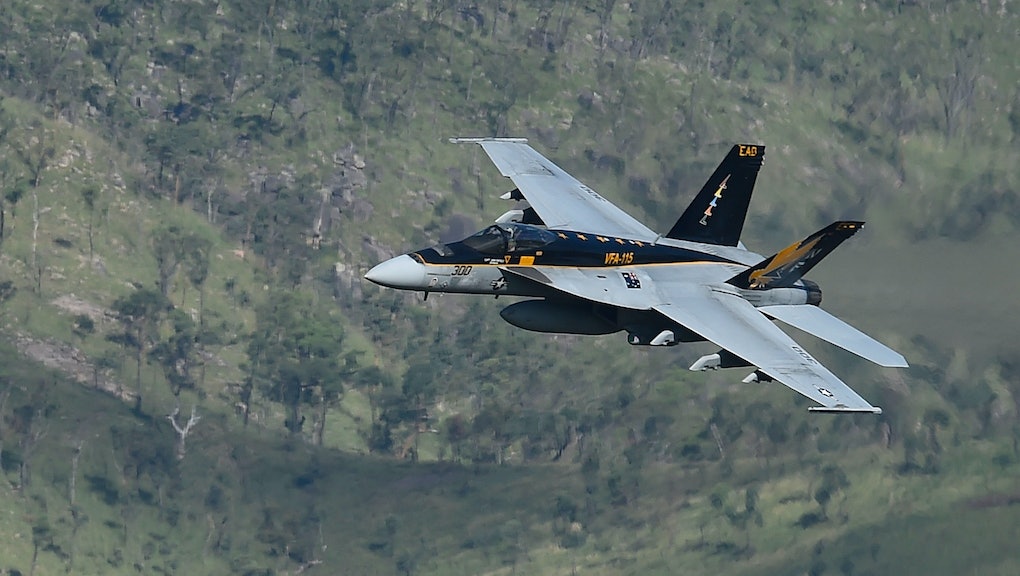 One and a half decades ago, a team of al-Qaeda operatives hijacked and flew planes into the twin towers of the World Trade Center and the Pentagon, and brought down another plane over Pennsylvania as well. 2,977 people died.

In response, the U.S. under the administration of Republican President George W. Bush launched a global war on terror, invading and occupying the nations of Afghanistan and Iraq and committing major military and intelligence resources to rooting out Islamic extremists around the globe.

Fifteen years later, the massive ground campaigns of the war on terror have receded but the U.S. remains engaged in military operations against insurgent and terrorist groups in at least six different African and Middle Eastern countries.

According to the Washington Post, this past labor day saw U.S. aircraft bomb stretches of Iraq and Syria, large stretches of which have been overrun by al-Qaeda competitor ISIS; Libya's city of Sirte, another ISIS stronghold; Yemen, where the U.S. is fighting al-Qaeda in the Arabian peninsula; Somalia, which is facing an insurgency by militant group al-Shabab; and Afghanistan, where both the Taliban and ISIS have continued to fight.

The U.S. has additionally sent drones to bomb Pakistan. Though the ferocity of the campaign there has faded, U.S. aircraft still launched three strikes in 2016, killing up to a dozen people, according to the Bureau of Investigative Journalism.

A recent survey by Boston University researchers concluded the cost through August 2016 of the war on terror may be as high as $4.79 trillion, or more than a single year of the total expenditures of the federal government.

While it's difficult to judge the impact of U.S.' so-called war on terror using any singular variable, one metric is particularly telling — the Institute for Economics and Peace's Global Terrorism Index, which has found global deaths from terrorism have skyrocketed since the U.S. invasion of Iraq in 2003 even as deaths in the West have remained low in the post-September 11 period.

"Ultimately, if you want to defeat terrorism you have to look at the long-term situation in the Middle East, which is the source of much of the terrorism," Brookings Institution senior fellow Shadi Hamid told the Jerusalem Post. "The fact that there hasn't been a long-term strategy that has been effective 15 years later is something that should scare us ... We don't know how to fight terrorism. We don't even know what it means to fight terror."