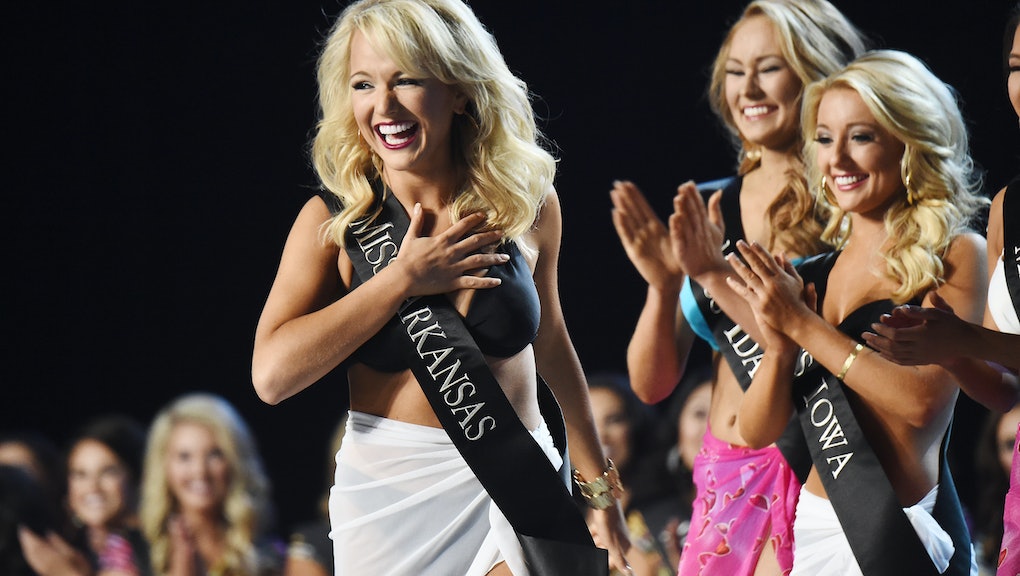 And the Miss America 2017 tiara goes to ... Miss Arkansas Savvy Shields. Shields, whose talent was a jazz dance performance, took home the top prize at the Sept. 11 pageant in Atlantic City, New Jersey.

In addition to the sash and sparkly headwear, Shields wins a $50,000 scholarship. She also gets a six-figure salary and expenses during her reign, plus an appearance agreement with Dick Clark Productions. Over the course of her year-long reign, she'll travel across the country advocating for her platform, "Eat Better, Live Better."

The Bachelor host Chris Harrison, hot off another season of Bachelor in Paradise, hosted the pageant alongside NBA Countdown host Sage Steele.

Cuban, for his part, took home the crown for creepiest reaction to the swimsuit competition.

In addition to the swimsuit round, Sunday night's competition featured an evening wear round, a talent portion and an interview round filled with politically-charged questions.

Thankfully, there was plenty of baton twirling to cut the tension.