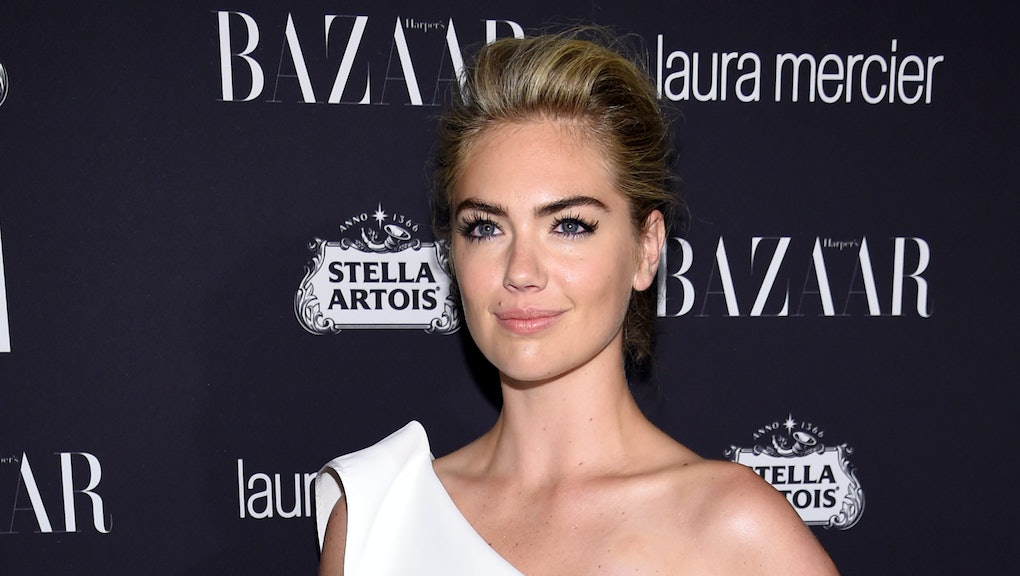 Kate Upton, a person famous for some reason, thinks NFL players should forego their constitutional right to protest, especially on 9/11, and stand for the national anthem.

On Sunday, Upton took to Twitter and Instagram to express her displeasure after seeing Miami Dolphins players kneeling during the national anthem. The players were following the lead of 49ers player Colin Kaepernick, whose protest during an Aug. 26 game sparked a litany of bad opinions and faux outrage.

To Upton, a rich white woman, black men kneeling during the anthem to protest police brutality and systematic racism is just un-American.

"Sitting or kneeling down during the national anthem is a disgrace to those people who have served and currently serve our country. Sitting down during the national anthem on September 11th is even more horrific," Upton wrote in a lengthy Instagram post. "Recent history has shown that it is a place where anyone no matter what race or gender has the potential to become President of the Unites States. We live in the most special place in the world and should be thankful."

Twitter quickly pointed out Upton's seemingly unchecked privilege and called her out for completely missing the point of peaceful protest.

Another Twitter user came through with receipts, pointing out that Upton did not seem too concerned that her own uncle voted against the Zadroga Act, which provides health care funding for 9/11 first responders, several times. What patriotism!

Upton's opinion is not rare. Following Kaepernick's initial protest, it has been made clear that many will never approve of any form of black protest, be it kneeling during the national anthem, in a song or during a march.

Perhaps Upton should recognize that protest does not make one un-American; it's literally one of the most American things a person can do.