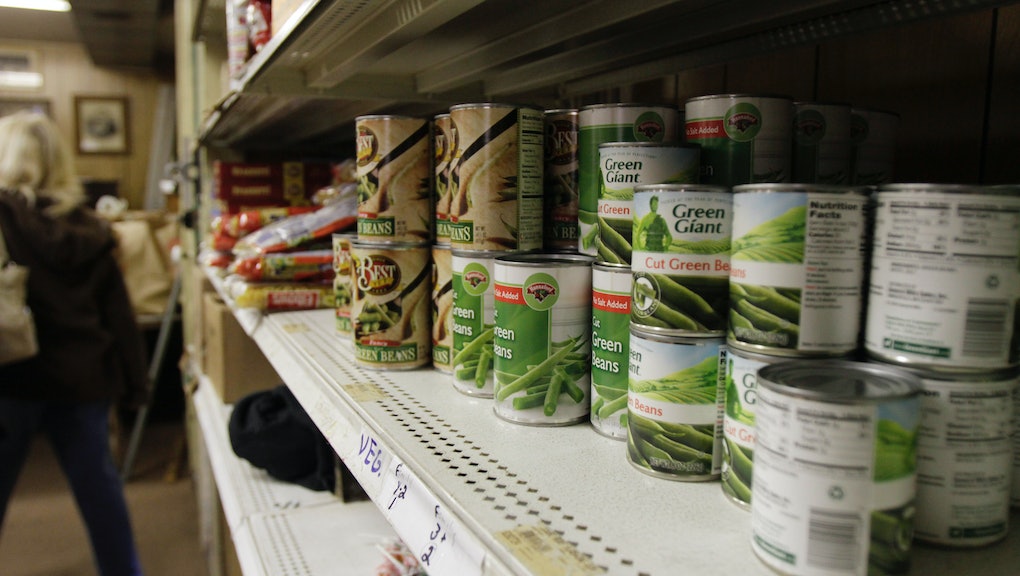 Hungry teenagers in the US are taking frightening measures to eat, says new report

In communities across the U.S., hunger is forcing teenagers to make desperate choices: trading sex for money or going to bed hungry? Stealing a bike off the street or telling your younger siblings that there's nothing for dinner?

According to a new report from Washington, D.C.-based think-tank the Urban Institute and nonprofit Feeding America, some teens in food-insecure families just aren't getting the sustenance they need — and they're risking their futures and their lives to survive.

Over the course of three years, the Urban Institute held focus groups with 193 teens in 10 different communities. What it found was that teens aren't benefitting from the programs that help younger kids from food insecure families, and, because of their age, the responsibility of providing for their families falls on their shoulders.

The usual solutions just aren't enough: For lots of food-insecure teens, the easiest way to stave off hunger is by eating the cheapest food available — even when that means eating what the Urban Institute calls "low-quality food products."

"When you're broke, you get the dollar menu," one teen interviewed for the report said.

Fresh, quality food is more expensive, and often hard to get to for kids who live in neighborhoods without supermarkets that stock fresh produce, also known as "food deserts." Eating fast food or processed snacks bought at a convenience store is both a matter of necessity and circumstance. But even that isn't enough for some families, who are still, according to the report, "running out of food by the middle of the month."

According to the report, research has shown that teens either don't know about resources that can help them access free food or assume they're ineligible (like in cases of food pantries that require recipients to be over 18).

How they're coping: In every community where the study's focus groups met, teens described going "outside of the legal economy" in order to get the food they need — shoplifting food; stealing items to resell for a profit; even purposefully failing school to maintain access to free food programs. The study also found that many teens skip meals so they're able to provide for their younger siblings.

And in 13 out of 20 of the study's focus groups, teen participants mentioned trading sex for money or meals.

Why they can't just get jobs: Teens in low-income communities may wind up competing against adults for the same minimum-wage jobs — except that teenagers have the added stress of working around a school schedule. "It can be difficult," one Los Angeles teen quoted in the report explained. "We don't have experience. No one is willing to give it to us and it's hard to get a job when all they want is experience."

So, if they can't get minimum wage jobs, they do "under the table" work, or try to make money doing small jobs like babysitting or yard work. But in the absence of such work, the Urban Institute found, some seek out more dangerous means.

What it means: The study looked at only 193 teens — so it's hard to gauge how ubiquitous these experiences are for other adolescents in similar situations. But the Institute cited an expert who estimated that there are 6.8 million kids in the U.S. between the ages of 10 and 17 who "struggle to have enough to eat." Of that number, 2.9 million kids have "very low food security."

And, even if not all of those nearly 3 million kids turn to the same risky behaviors in order to survive, another study from 2016 found that growing up with food insecurity was associated with an increased incidences of mental health problems and conditions like obesity.

The study alleges that policymakers have largely focused their efforts on how food insecurity affects young children, but failed to adequately address the issue as it pertains to adolescents.

"The ramifications of food insecurity are innumerable," reads the report. "But looking specifically at teenagers, we know they are at a critical stage of their development and that food insecurity undermines their physical and emotional growth, stamina, academic achievement, and job performance."