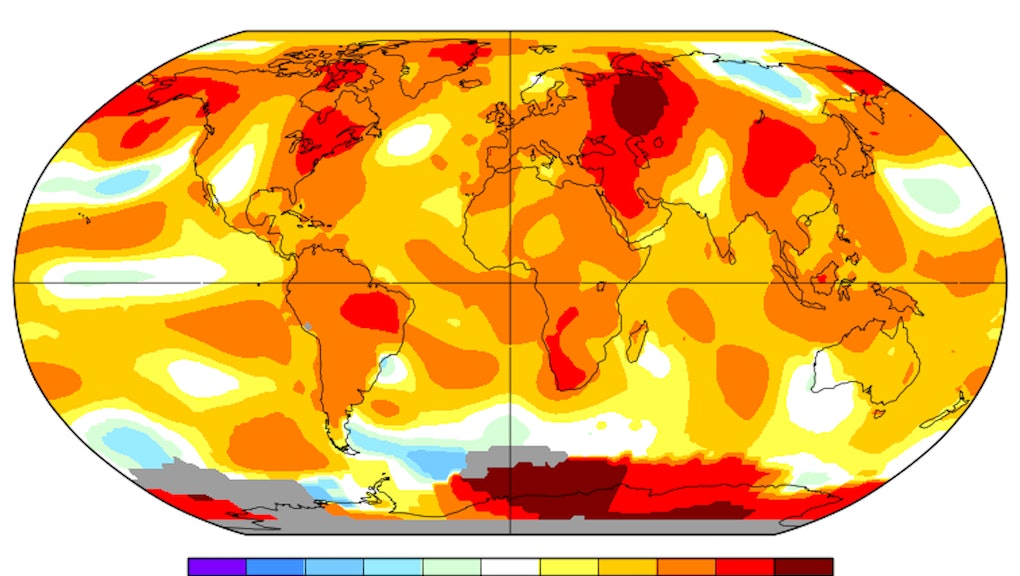 We just lived through the hottest summer on record, according to NASA

Scientists at the agency's Goddard Institute for Space Studies explained in the report that while July is ordinarily the hottest month of the year, August tied it this year.

In addition to being tied for the hottest month on record, August was 1.76 degrees Fahrenheit warmer than the month's average temperature between 1951 and 1980, GISS' base period to which subsequent data is compared.

While the increases in temperature may seem incremental, the cumulative effect can be devastating.

"Monthly rankings, which vary by only a few hundredths of a degree, are inherently fragile," Gavin Schmidt, director of GISS, said in the report. "We stress that the long-term trends are the most important for understanding the ongoing changes that are affecting our planet."

For example, as global temperatures rise, temperatures in the Arctic are rising even faster. As the earth becomes warmer, ice in the Arctic melts. The ice, however, crucially reflects energy from the sun back into space, and when it melts, the water and rocks that take its place absorb more of the sun's energy — making temperatures even hotter in the region.

"What makes climate change difficult is that it is not an instantaneous catastrophic event," Obama told the Times. "It's a slow-moving issue that, on a day-to-day basis, people don't experience and don't see."