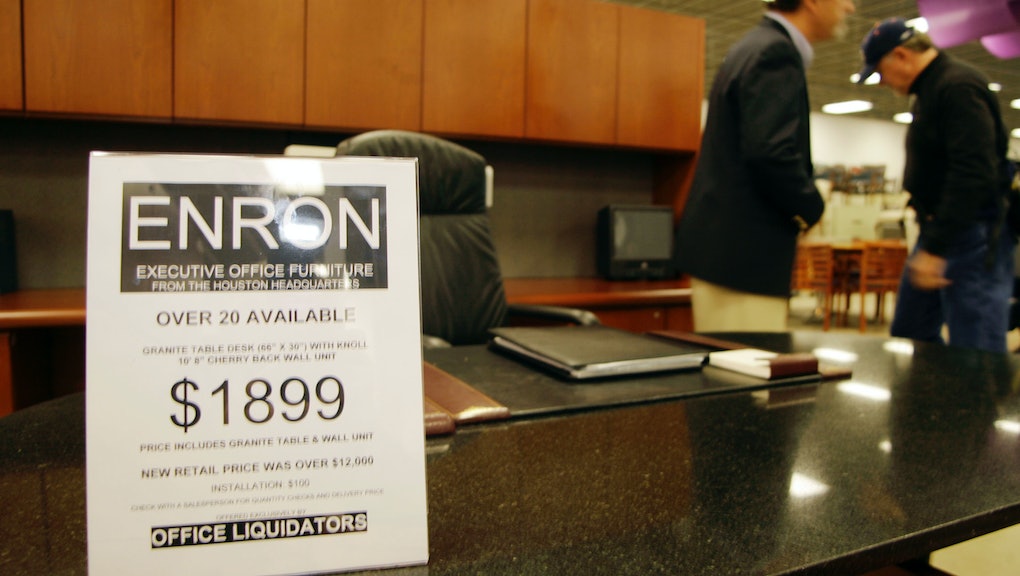 It's still unclear whether the thousands of employees Wells Fargo just laid off for creating sham accounts were wholly to blame or just following orders: After all, 5,300 workers is a lot of "bad apples."

What is clear, according to new research, is that company scandals have a lasting effect on the careers of employees — even those who weren't involved.

Simply being associated with a scandal-plagued company like Wells Fargo, Enron, or Volkswagen can — apparently — lead to serious salary losses down the line even for those workers not part of the wrongdoing, the Harvard Business Review reported.

Though the research, which is still in peer review, focused primarily on companies found to have misstated earnings, former employees from any firms experiencing scandals might feel this effect. And it's not just financial mistakes that can jeopardize your future earnings, explained study author George Serafeim, professor of business administration at Harvard Business School.

"We find that functional proximity makes a difference. For financial misconduct the finance people suffer the most. In the case of VW it would be engineers," Sarafeim said in an email to Mic.

That said, the effect was most pronounced in the financial sector, with people from troubled firms earning 10% less at new jobs than their counterparts.

Taking into account raises — and using a $200,000 annual starting salary — the researchers estimated that 10% gap can add up to nearly $540,000 over the course of a two-decade career.

The problem with the "stigma" of a former employer's scandal is that it is not always rational, Sarafeim said.

"You can get it very fast and it's very difficult to shake off," he said in a phone interview.

Another unfortunate finding from the report is that the scandals appear to do more damage to women's salaries than men's: Female workers receive 7% less on average than they would have if the company weren't on their resume — whereas men get just 3% less.

The researchers, who used salary data from U.S. regulators, pointed to a few possible explanations for the gender imbalance: One was that female executives are rarer, and therefore stand out more, making them a riskier bet if there are blemishes on their resume.

Luckily, a few factors were found to counteract the stigma of working for a scandal-plagued employer.

September 13th, 2016, 3:08 p.m.: This story has been updated to include additional comments from Professor George Sarafeim.