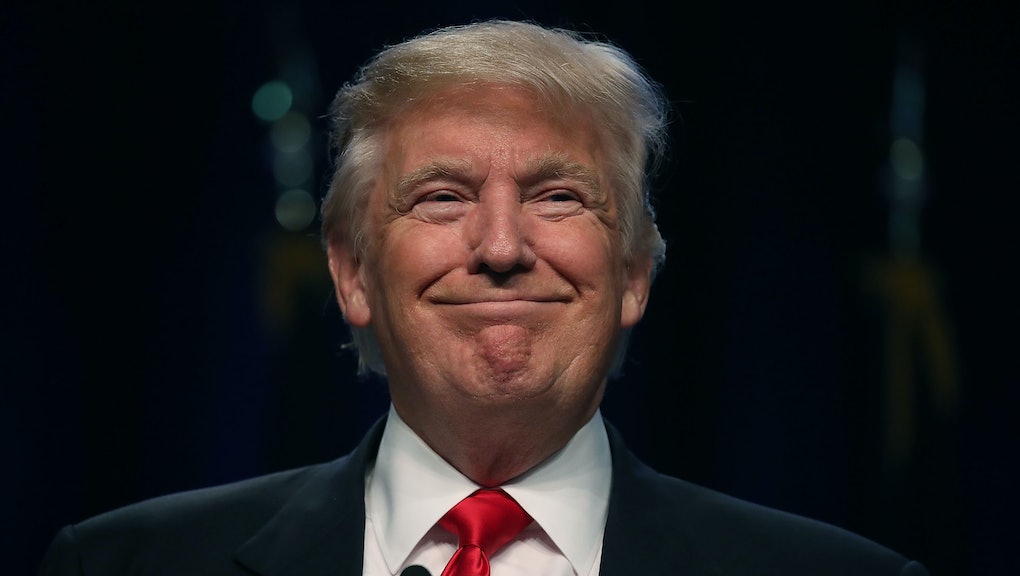 A new Bloomberg poll out of Ohio, which shows Donald Trump leading Hillary Clinton 48% to 43% and comes on the heels of surveys showing a tightening in other battleground states, underscores the new dynamic of the 2016 presidential race as it kicks into high gear: The phrase "President Trump" is not as implausible as it was just a few weeks ago.

With Clinton encountering new questions about her email setup as secretary of state, her family's charitable foundation and her health, the Democratic nominee has seen her formidable lead over Trump erode of late.

So how worried should those who fear a Trump administration be?

The short answer is that while a Clinton victory no longer looks like quite the cakewalk it seemed in the wake of the Democratic National Convention, the electoral map still poses a far steeper challenge for Trump than it does for her.

New opportunities for Trump: The Bloomberg Ohio poll — which brings Clinton's average lead in the Buckeye State down to just 0.3 percentage points, according to RealClearPolitics, dovetails with a larger shift in the GOP nominee's favor.

Though Trump's gains in Wisconsin and Michigan aren't to be discounted — particularly given his popularity among working class whites — both states remain long shots for the GOP, given that the Democrats have consistently won those states since 1992 and that Clinton is still ahead in each by over five percentage points in each state on average.

A more plausible path for Trump starts with him winning the 206 electoral votes Mitt Romney won four years ago. He then adds the toss-ups Florida, Ohio, Iowa and Nevada to his total — bringing him to 265 electoral votes, just five short of the 270 needed to win the presidency.

Trump then stands poised to benefit from Maine's unique electoral system, whereby the winner of each of the state's two congressional districts receives one electoral vote each and the winner in the rest of the state receives two votes. A Colby College-Boston Globe poll released Wednesday morning showed Clinton up just three percentage points statewide, while Trump thumped her 47% to 37% in Maine's second district — meshing with other polls showing him with a lead there.

Give him Maine's second congressional district, and Trump now stands at 266 electoral votes. Add the four electoral votes in New Hampshire — where Trump trailed by just a single percentage point in an NBC/Wall Street Journal/Marist poll released over the weekend — and he's at an even 270.

Or say Trump loses New Hampshire but wins the entire state of Maine. That scenario produces a 269-269 tie, in which case the election would be in the hands of the GOP-controlled House of Representatives.

The problem: While current polls make it easy to envision those outcomes, the above scenarios rely on a number of potentially faulty assumptions — chiefly, that Trump won't lose a single state Romney won, that he'll beat Clinton in virtually every state where the race is within the margin of error and that Clinton won't recover ground in states where she's slipped.

It's also useful to remember the truism that polls, while they're far from meaningless, are also a snapshot in time. While the latest surveys reflect the damage Clinton has sustained amid controversies over her health and the Clinton Foundation, there's ample time for Clinton to flip the script — via robust debate performances, a clear demonstration that she's in good physical health, an uptick in good will for the Democrats amid a brightening economic picture or a Trump implosion (an ever-lurking possibility).

Would Clinton rather be where she was one month ago? Undoubtedly. But the more important question is whether she'd rather be in her position than Trump's — and given the fundamentals, the answer is clear.