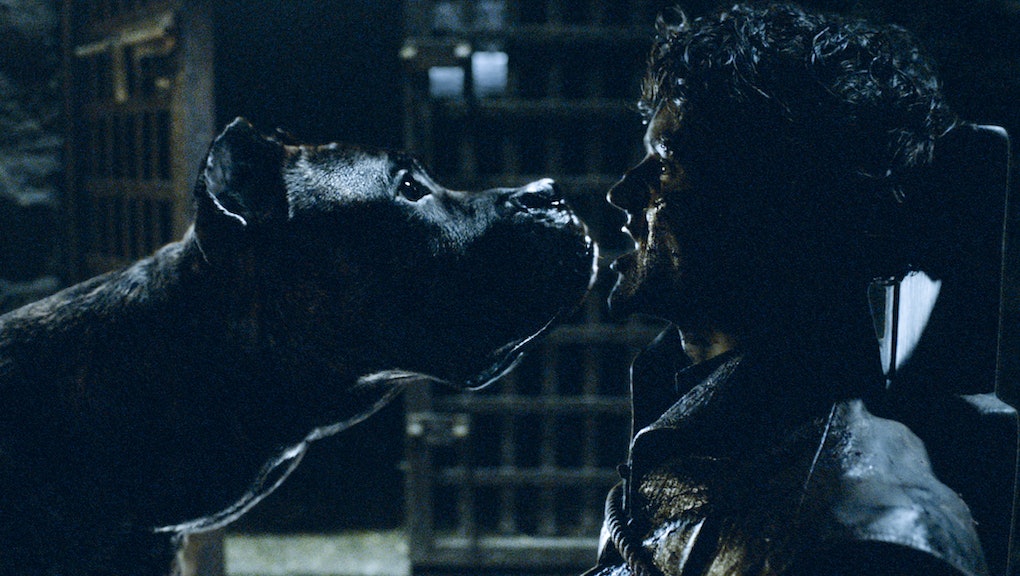 Game of Thrones is not a show that deprives viewers on gruesome deaths, but apparently, there's a limit to their sadistic whims.

According to a new interview with Variety, the death of Ramsay Bolton — the show's biggest purveyor of mental and physical torture, and one of the most hated characters in television — could have been much more explicit. And we're already talking about Sansa Stark feeding Ramsay to his own starving hounds at the end of the series's epic "Battle of the Bastards" episode. How much worse could it get?

In the interview, the special effects team behind the show, Image Engine, explained that Ramsay's death would've originally showed his flesh being ripped from his jaws and gums (lovely!), but they decided to scale it back.

The special effects team was kept busy in other ways, too. Per Variety, they were responsible for helping create 72 on-screen deaths in season six. To make them as realistic as possible, real meat was used for the particularly gory shots.

"Some shots were really specific, like someone getting their head smashed directly against a wall," Image Engine composition lead Edwin Holdsworth told Variety. "To get the look right for that we filmed real meat being smashed. We used the same technique for shots where one character has their hand pulled apart. The best way to match the level of gore needed was to pull some meat apart, and use that in the comp. It all felt more realistic that way."

Some of this process are broken down in Image Engine's behind-the-scenes special effects reel for Game of Thrones' sixth season — where, in one instance, poultry meat was used as a substitute the severed hand of Wun Wun (R.I.P.).