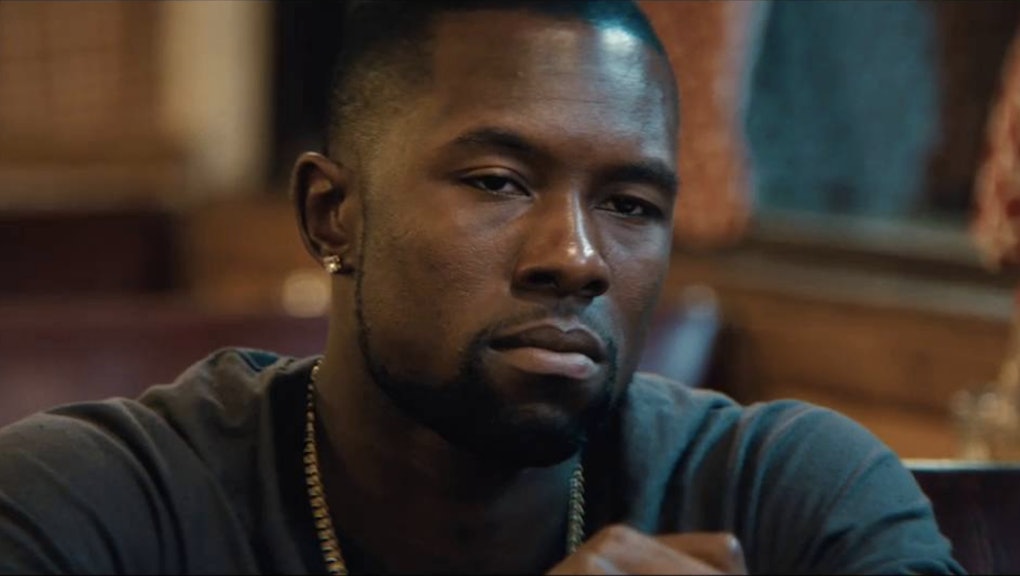 TORONTO — Film festival season is in full swing, and up at the Toronto International Film Festival in Canada, the best and buzziest movies of the year are finally getting screened for audiences. Among which, Moonlight has had everyone buzzing — and rightfully so.

Director Barry Jenkins' exploration of identity, sexuality and masculinity is an imperative work of cinema and culture. In crafting the poignant story of a gay African-American man, the filmmaker and an outstanding cast do justice to a seldom-told narrative. Moonlight is divided into three chapters, and this separation of storytelling — from childhood through adult life — illustrates a depiction of sexuality that is not only poetic and cohesive, but also authentic.

Each chapter of Moonlight explores the subjects of sexuality and masculinity through awareness, discovery and choice. We grow with the main character — who goes by "Little" in the film's first segment; his birth name, Chiron, in the second; and "Black" in the third — through his experiences; his first kiss, how he deals with homophobia and ultimately the choices he makes about who he indeed is.

In the first chapter of the film, Little (Alex Hibbert) starts to become aware that he doesn't quite fit in. Meek and reserved, he is ridiculed at school for being "feminine" due to his preference for dancing over competitive sports. Simultaneously, Little is just beginning to discover his sexual identity; playing with the other boys opens his eyes to yet-unknown desires.

In the second chapter, "Little" is a teenager and goes by his Chiron (Ashton Sanders). He's still struggling to fit in while actively exploring his sexuality. In the conclusive third chapter, Chiron is an adult and goes by the name "Black" (Trevante Rhodes). Black embodies the construction of masculinity he abhorred for so long; now a drug dealer, hyper masculine and well-built, it is clear he has chosen a closeted life and a version of himself that better fits into society's mold.

It is not sufficient to simply note that Moonlight is layered, but each chapter of the film does really add to the movie's richness. They delve into the gay experience and what comes with it; the coming to terms with one's identity and what it means to be a man, especially a gay black man, are captured eloquently across three key eras of Chiron's life and identity.

Jenkins handles each chapter carefully, completing their individual stories while still linking each to a bigger picture. Moonlight depicts the complete journey of a gay man's realization of his identity and his personal battle for self-acceptance.

Now more than ever, Moonlight's story is so vital. As we've seen this year, both the gay and African-American communities were victims of attacks. There was June's mass shooting at Pulse, a gay nightclub in Orlando. There's the Black Lives Matter movement, which calls for an end to the systemic mistreatment of African Americans. In a year that has featured so much attention to violence against queer and black people, this movie is all the more vital.

Moonlight's telling of identity and self-acceptance is crucial. It gives a voice to those robbed of theirs. It is a movie for the moment — in more ways than one.