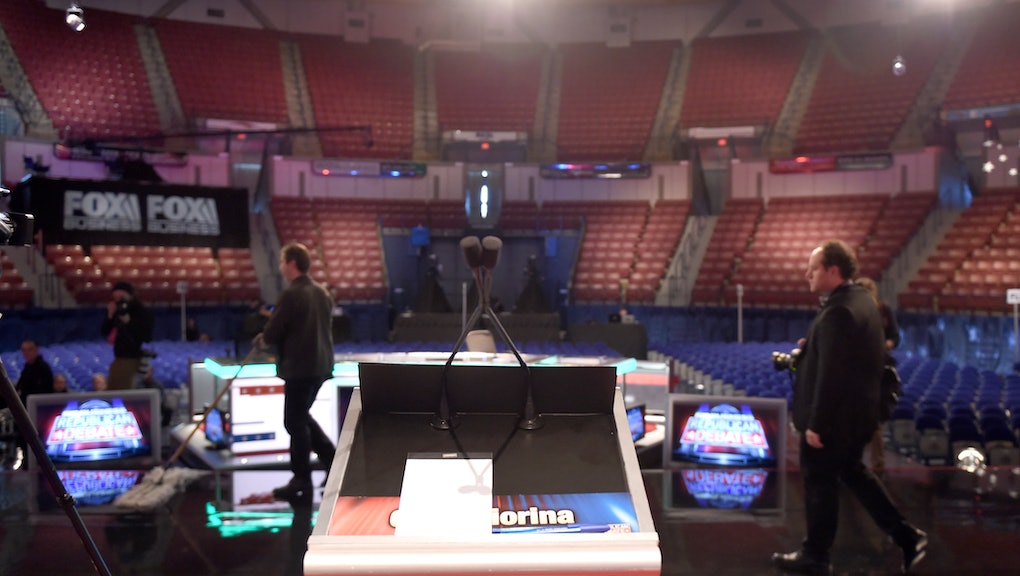 The first presidential debate between Republican Donald Trump and Democrat Hillary Clinton is set to take place on Sept. 26 at 9 p.m. Eastern. The major news networks will have live coverage, but if you don't have a television, there are still plenty of ways to tune in online.

The debate will take place at Hofstra University in Long Island, New York. The school will share links to livestreams on its website. And CNN is expected to stream the debate, as it has in the past.

C-SPAN will also carry the debate live on its website.

There are other sites that will offer livestreams of the first debate between the two candidates, including Live News Chat and YouTube's Live channel.

Several news outlets will undoubtedly make use of a new medium to share the debate as it happens: Facebook Live. Keep an eye on your Facebook feed for those streams.

The highly anticipated debate is the first of three scheduled between Clinton and Trump. NBC News' Lester Holt will moderate the debate, which will be divided into six segments of 15 minutes each "on major topics to be selected by the moderator and announced at least one week before the debate," according to the Commission on Presidential Debates.

"The moderator will open each segment with a question, after which each candidate will have 2 minutes to respond," the statement continued. "Candidates will then have an opportunity to respond to each other. The moderator will use the balance of the time in the segment for a deeper discussion of the topic."

Trump said earlier this week he'd like to debate Clinton without a moderator, because he said he will be "treated very, very unfairly."

"I think we should have a debate with no moderator, just Hillary and I sitting there talking," Trump told CNBC on Monday.

The second debate is scheduled for Oct. 9 at Washington University in St. Louis, co-moderated by CNN's Anderson Cooper and ABC News' Martha Raddatz. It will be in the form of a town-hall meeting.

The third and final debate will take place on Oct. 19 at the University of Nevada, Las Vegas. That debate will be moderated by Fox News' Chris Wallace. It will have the same format as the first debate.