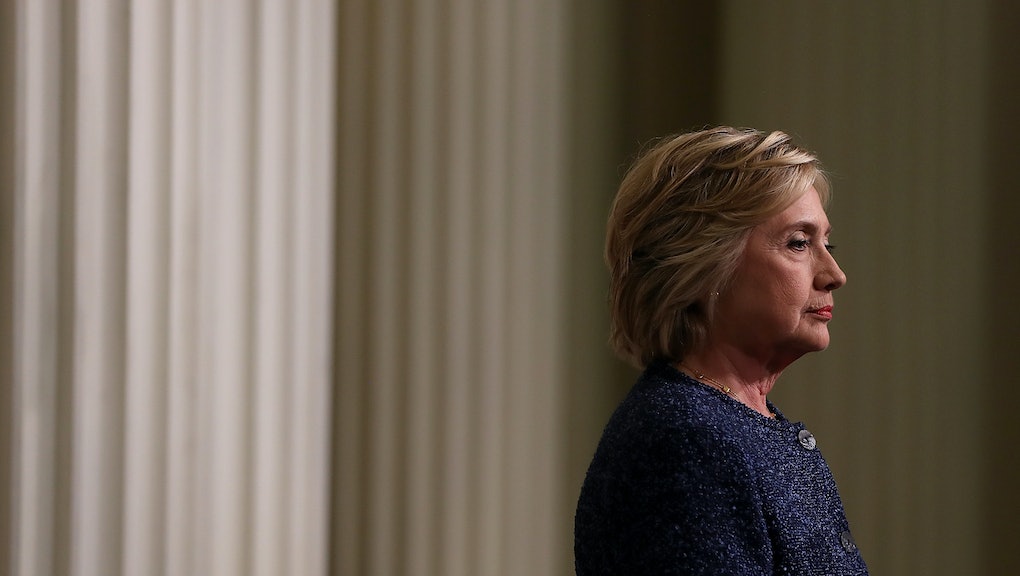 National and swing state polls are tightening, with Donald Trump narrowing his deficit to Hillary Clinton to less than two percentage points in a four-way national race, according to the RealClearPolitics average.

And polling shows Clinton suffering in party thanks to third-party nominees Gary Johnson and Jill Stein — whose support is highest among millennial voters.

In a Quinnipiac University poll released on Wednesday, Clinton leads Trump by 48% to 43% in a two-way match-up. She's helped to that margin by voters aged 18-34, who pick Clinton over Trump by a margin of 55% to 34%.

However when Johnson and Stein are included in the survey, Clinton's lead over Trump falls to just two percentage points, 41% to 39%, with Johnson at 13% and Stein at 4%.

A CBS News-New York Times poll released Thursday morning showed a similar result, with Johnson garnering 26% support among voters between the ages of 18 and 29, and Stein nabbing 10%.

Political handicappers are unsure whether those margins for both Johnson and Stein will stick.

"We'll have to see whether this is a function of voters in early September saying, 'I'm going to vote for Gary Johnson or Jill Stein,' or whether this is a true commitment to those candidates," Stu Rothenberg, a non-partisan political analyst, said in an interview. "It's really easy to say you're going to vote for a third-party candidate a week after Labor Day, but once you get to Oct. 15 and say my vote is going to determine who's president, things could change."

However, if millennial voters do drop off significantly, either voting third-party or not showing up at all, that could wound Clinton.

Younger voters were a key voting bloc for President Barack Obama in both 2008 and 2012.

Similarly, an electorate that skews older would benefit Trump, as he leads Clinton by five percentage points among voters aged 50 and older.

Clinton has made millennial outreach a focus of her campaign, touting her college affordability plan and dispatching Sen. Bernie Sanders, who galvanized millennial voters in the primaries.

"The way for Trump to win is relatively strong white turnout for Trump and lower turnout among Latinos, African-Americans and 18-29 year-olds for Clinton," Rothenberg said.