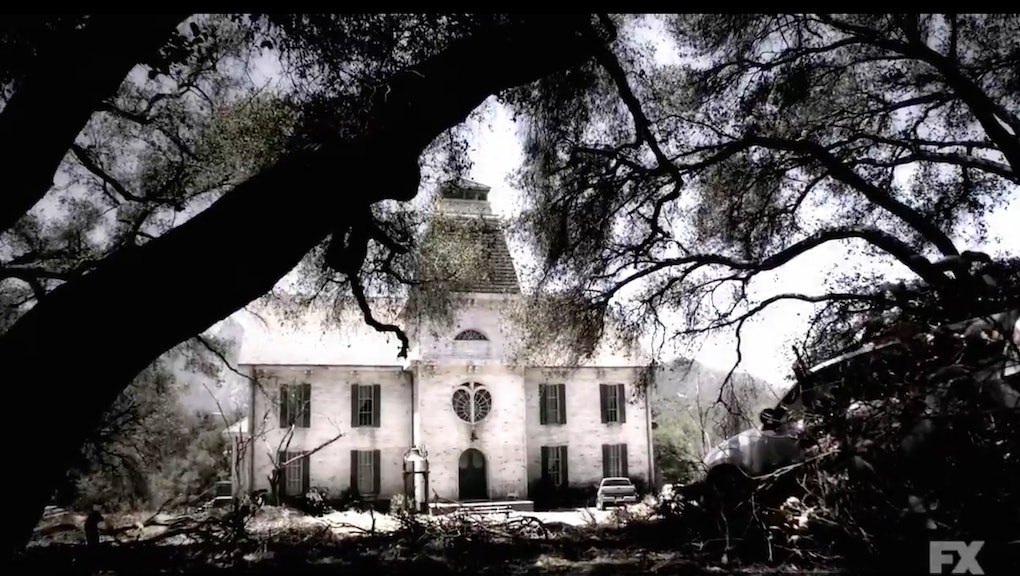 We finally know the theme for ‘American Horror Story’ season 6. Twitter is confused.

After months of speculation, a plethora of vague teasers and an apparent leak, American Horror Story finally revealed the theme for its sixth season during the premiere Wednesday. Fans, get ready for My Roanoke Nightmare.

But what does that mean exactly?

Presumably, the theme is in reference to the lost colony in Roanoke — the set of which TMZ previously leaked photos of — in which an entire colony of 117 went missing in 1590. The only clue to their ultimate fate was the word "Croatoan" etched into a tree at the site.

The premiere, however, took place in the present, taking viewers through a docu-style opening with a warning that the series is inspired by true events. It was ominous, to be sure, but the Twitterverse was soon confused when the anthology series' signature opening credits were absent. Instead, the show showed the My Roanoke Nightmare title only in commercial breaks.

Others, meanwhile, were convinced that My Roanoke Nightmare would be one of several themes — essentially taking the show's anthology premise and spreading it out over the course of a season.

The good news for FX: The only way fans can know definitively is to continue tuning into the show on Wednesdays.