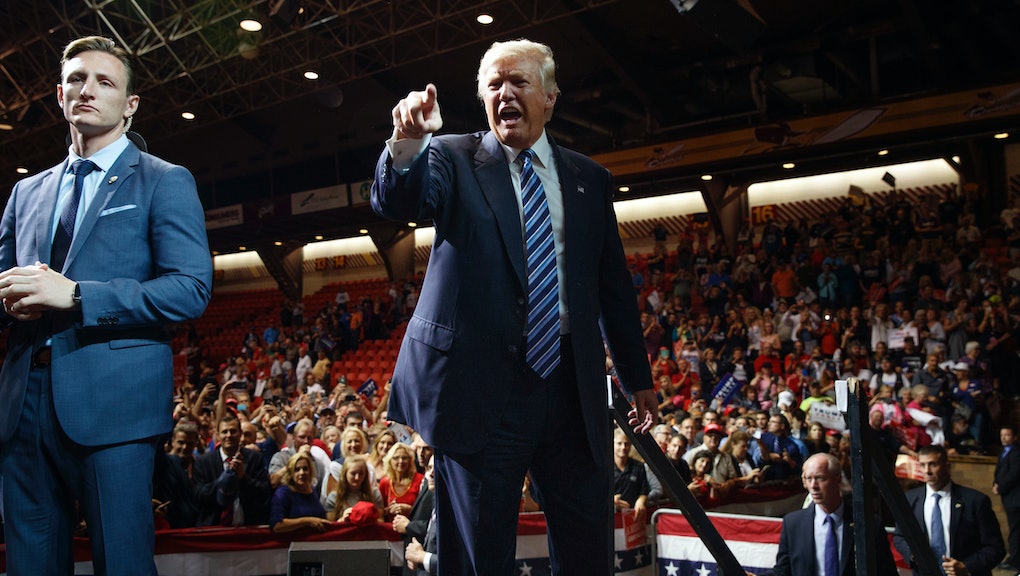 While Donald Trump says he won't release his tax returns because of an ongoing federal audit, the Republican presidential nominee's son seemed to suggest Wednesday that something else was behind Trump's refusal to join the time-honored presidential tradition.

"Because he's got a 12,000-page tax return that would create ... financial auditors out of every person in the country asking questions that would detract from [his] main message," Donald Trump Jr. told the Pittsburgh Tribune-Review in an interview published Wednesday.

For months, Trump and his campaign have said Trump would not release his taxes because they are currently under audit by the IRS.

However, tax experts say being under audit doesn't prohibit anyone from releasing their tax returns.

And Trump Jr.'s comments to the Pittsburgh newspaper reveal that the audit is likely a cover for the true reason Trump won't let Americans see those documents: fear they could hurt Trump's candidacy.

Clinton, for her part, has released 39 years of tax returns.

Polling has found nearly two-thirds of voters say it's "important" that candidates release their tax returns.

If Trump released his returns, it would provide insight into his charitable giving. Intensive reporting from the Washington Post has found little evidence that Trump has actually donated his own personal funds to charity, and instead has gifted other people's money.

Tax returns could also show whether Trump has monetary ties to foreign countries that could create conflicts of interest should he become president.

And they would also show how much income Trump brings in each year — a number many say Trump inflates.