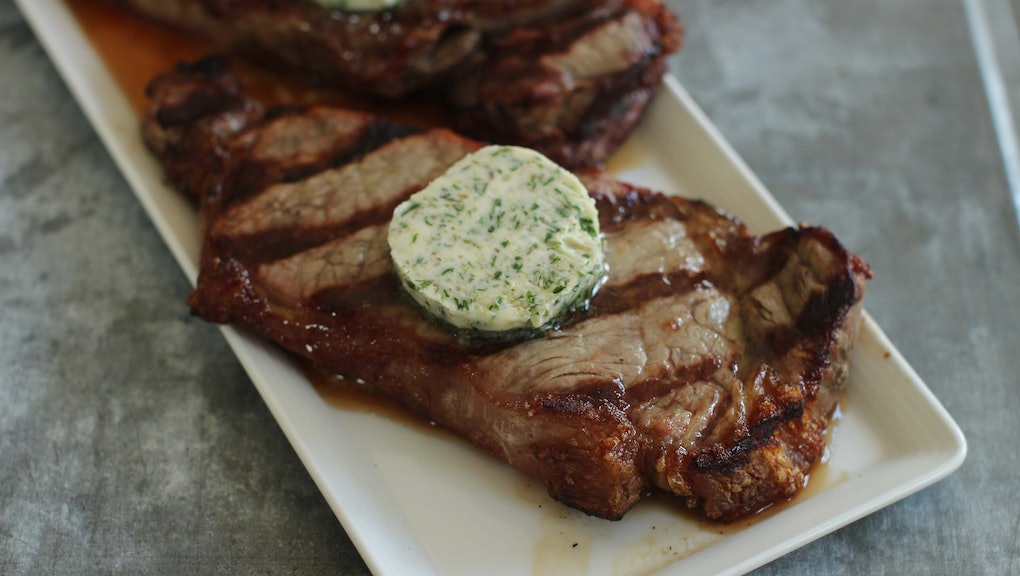 Are meat sweats real, or is it all in your head? Here's a scientific investigation.

You just finished chewing that insanely juicy last bite of Porterhouse your friends bet that you couldn't finish. You did it, and it was delicious — but suddenly, it starts to set in: meat sweats.

You feel condensation starting to drip down your forehead; your clothes are getting sticky and humid; and the room definitely just got smaller, didn't it? It's a mysterious perspiratory condition that occurs after indulging in meat.

But is the condition real, or just a phenomenon social media has helped meat sweaters sympathize over? We talked to a doctor to find out.

So, are the meat sweats real?

"There's really no scientific validation or rationale for meat sweats. You won't find anything about it really in any credible medical or scientific form," Dr. Michael Smith, medical director and chief medical editor at WebMD, said in an interview.

While many carnivores swear they've experienced the sensation after downing copious amounts of meat, it's in no way considered a medical condition, nor is there much medical evidence to support the phenomenon.

"There is one prevailing theory around meat sweats that tends to support their existence," Smith said. He explained that when eating protein, the body uses up more energy than when eating fat or carbohydrates. In the same way bodies produce heat and burn calories when exercising a muscle, similar sensations are produced when digesting food.

Though the body has to work hard to digest protein, the difference is so small that even eating several pounds of meat would produce very little heat — "certainly not enough to raise your body's core temperature, which is what actually leads to sweating," Smith said. "You're using more muscles when you walk to the bathroom than when you digest protein — and you don't really break out into a sweat when you do that."

Is this explanation for meat sweats supported by science?

Even though this theory can't really explain meat sweats, it's the only explanation with scientific validity.

Sadly, using muscles to digest food doesn't qualify as legitimate exercise. "If only we truly burned that many calories digesting food," Smith said. "That would be nice."

"I'm certainly not disagreeing that eating pounds of meat will make you feel miserable, no doubt it will," Smith added, noting that the pain from overeating might cause you to break out into a sweat. But that's not from the protein digesting, per se, that's from eating a ridiculous amount of food.

Smith also postulates that perhaps the salts or nitrates in the meat can lead to the so-called meat sweats, but there's no actual scientific evidence that would explain this.

"There's no real medical rationale for why that would happen in the body to cause sweating like that, thankfully," Smith said.

Thankfully, if you want to avoid meat sweats, this medical expert has a solution:

"The best way to avoid meat sweats is to not eat a ridiculous amount of meat," Smith said. "If you're someone who is just going to eat hoards of meat, especially if you're a competitive meat eater, you may want to choose a different occupation."

This article was originally published on Sep. 27, 2016