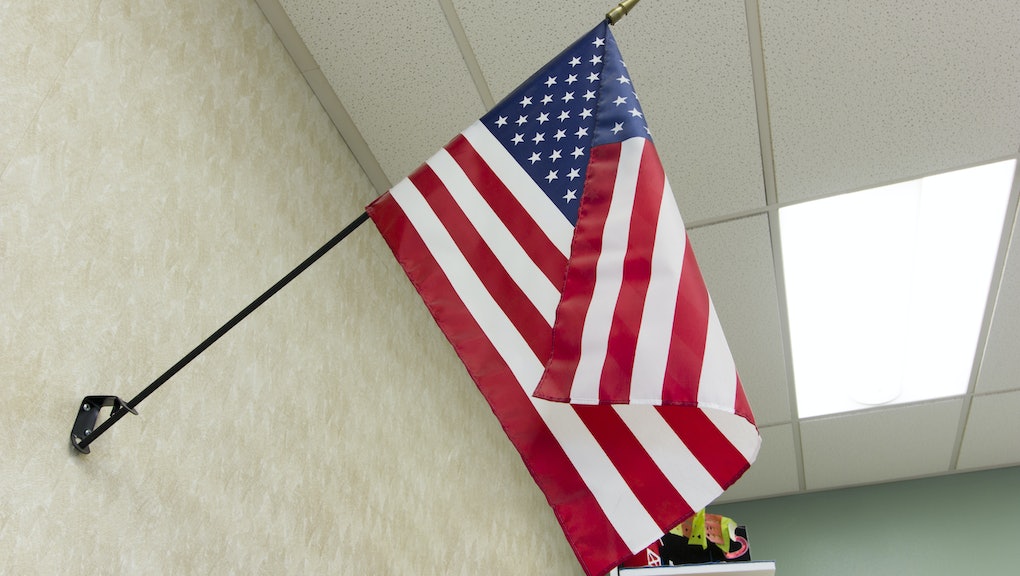 Leilani Thomas has been exercising her First Amendment right not to stand and recite the Pledge of Allegiance since she was in second grade, KXTV reported Friday. But this year, a high school teacher took it upon herself to punish Thomas for sitting out the morning ritual by docking Thomas' participation grade.

Thomas, who is Native American and a student at Lower Lake High School in Lower Lake, California, told local television station KPIX she protests the pledge because "of the history that happened here. On my land. My people's land."

"I go by that and I don't agree with it," Thomas said. "So I'm not going to stand for the people who did this to my people."

Upon receiving her grades on Friday, Thomas, along with two of her friends who have also chosen not to stand, found that her participation grade had taken a hit.

Thomas reportedly took a recording of her teacher defending the punishment in which the teacher can be heard saying, "Because here's the thing; those people, they're not alive anymore. Your ancestors."

Thomas and her family went to school administrators, who moved her to a new classroom, according to KPIX. It's not clear whether the teacher who punished Thomas will face consequences.

Konocti School District Superintendent Donna Becnel has expressed support of the student in a statement released to KPIX. "Students don't lose their First Amendment rights when they walk in the door," the statement said, according to KPIX. "We are dealing with the teacher on this."